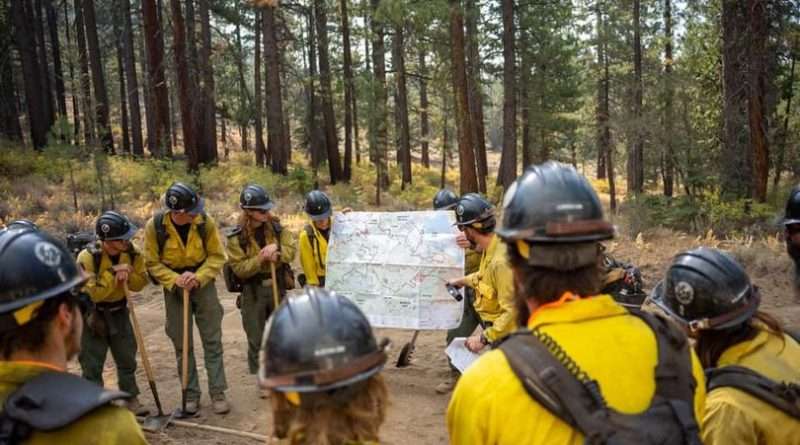 Yesterday early in the evening northwest winds pushed the fire down the hill and to the south to Highway 395.  The fire crossed firefighters’ control lines and burned to the highway consuming an additional 1,000 acres.

A small spot fire burned across the highway.  Firefighters were able to extinguish the spot fire and held the rest of the fire on the east side of the highway.

No structures were damaged.  Highway 395 was closed for a few hours. Electrical power was out from Vinton to just south of Susanville.

The fire reached the recent Sugar Fire scar which should limit any further southward spread in that area.

Today newly arrived hot shot crews are constructing direct fire line on the northern flank of the fire near Highway 395.

In the Dixie Valley area, hand crews and heavy equipment will continue improving containment lines to keep the fire from progressing southward in the Horton Ridge, Dixie Valley, and Dixie Mountain areas.

A priority for firefighters on the north end will be mopping up the 150 acre spot fire near Bogard.  That spot fire started three days ago and each afternoon it has become active and continued to grow. It is about ¾ of a mile from the Bogard Rest Area.

Most of the Dixie Fire perimeter remained quiet and cool though the night.  Today firefighters will be busy patrolling, monitoring, and mopping up lingering hot spots.

The meteorologists assigned to the Dixie Fire do not see major changes in the weather pattern over the next week although the minor changes do contribute to more active burning.

As the high pressure weakens, the inversion will not hold as long into the day as it has been.  This will allow for windy conditions to develop earlier in the day.  At the same time, winds will be getting just a little bit stronger.  Relative humidity will remain very low.

Wind direction will be mostly out of the southwest but up-slope terrain driven winds will lead to changes in wind direction depending on the terrain.  In the late afternoon northwest winds will develop on the east side, especially along the escarpment.

Based on this weather, fire behavior analysts are predicting more intense fire in the afternoon and early evening.  The potential for spot fires will remain very high.

Firefighters have more help today.  An additional 500 firefighters, including several hot shot crews, arrived yesterday. There are now 4,673 personnel assigned to the fire.  That is an increase of over 800 personnel from about a week ago.

The Dixie Fire is now 917,579, an increase of 7,084 acres since yesterday morning.  Much of the growth in the fire was burning between the Dixie Fire and the Sugar Fire.  The fire is 59 percent contained. 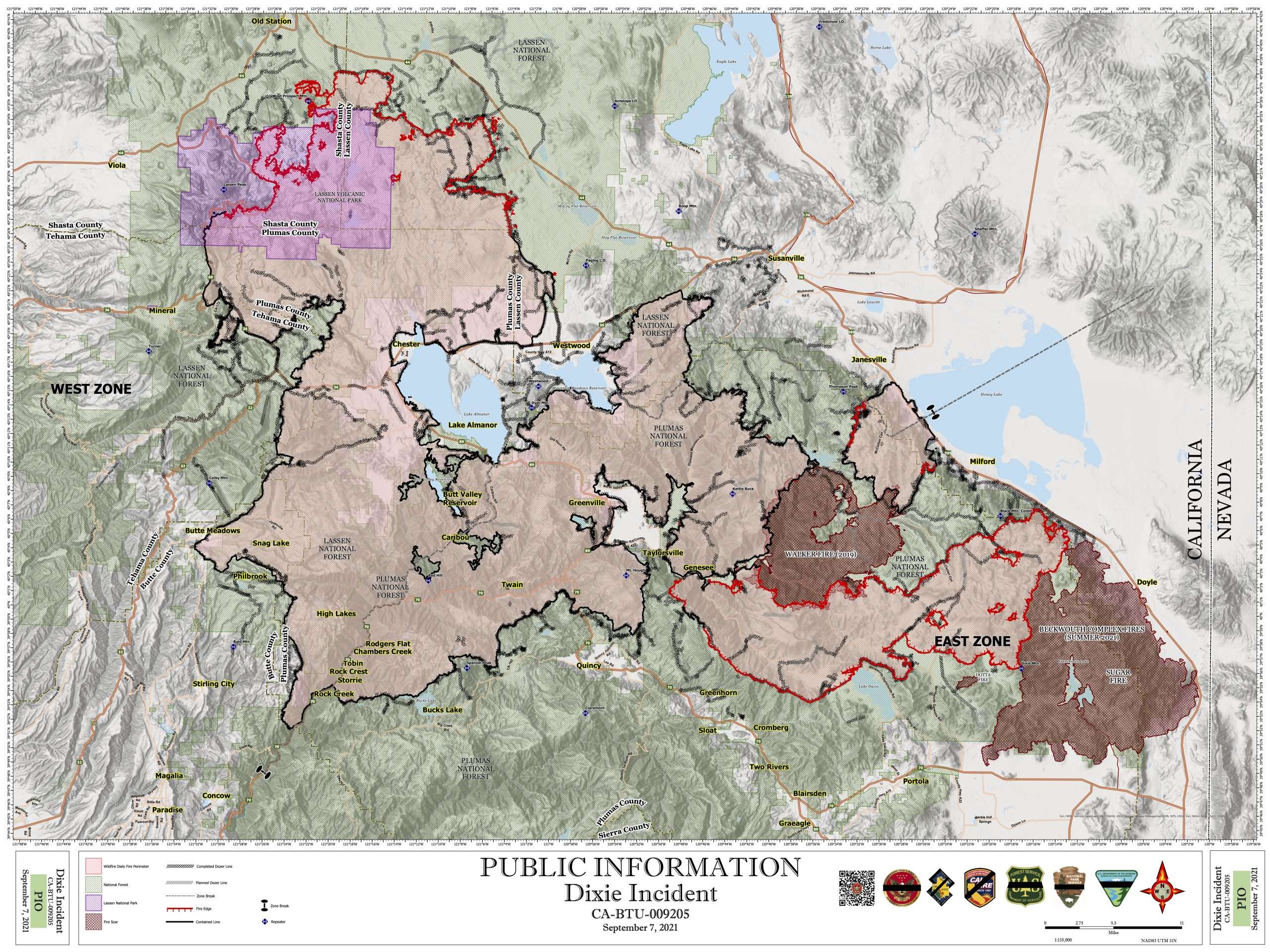