Information in the Sheriff’s Blotter is gathered from the dispatch logs provided by the Plumas County Sheriff’s Office and compiled by Victoria Metcalf. No individuals’ names are reported. And those arrested should be presumed innocent until proven guilty.

A deputy reported the arrest of a man who was charged with violating probation and possession of methamphetamine.

The CHP reported the arrest of a person who was charged with driving under the influence and causing property damage. A caller reported a hit and run at a service station.

The CHP reported the arrest of a driver who was charged with driving under the influence and having a blood alcohol level of .08 percent or higher.

A deputy reported the arrest of a man who was charged with driving under the influence and having a blood alcohol level of .08 percent or higher.

A deputy reported the arrest of a man who was charged with possession of drug paraphernalia and possession of a controlled substance.

A deputy reported the arrest of a man who was charged with violating his probation.

The CHP reported the arrest of a man who was charged with falsely reporting a bomb and having his driver’s license suspended or revoked.

On the Lassen and Sierra county line, the CHP reported the arrest of a man who was charged with driving under the influence and having a blood alcohol level of .08 percent or higher.

Medical needed: Westbound on Highway 70 near Beckwourth, a caller reported that her son cut off part of his finger. She was driving to the hospital and while she didn’t need an ambulance she wanted to alert the staff. The information was transferred to Eastern Plumas Health Care.

Vandalism reported: In Portola, a caller reported vandalism to multiple residences on Loyalton Avenue. The caller said that someone threw rocks and tore down fencing, and requested additional patrol checks. It was determined not to be vandalism.

Citation reported: In the Lake Almanor Peninsula area, a man was cited and charged with driving without a license. His vehicle was towed.

Theft reported: In Quincy, a caller reported that his bicycle was stolen while he was inside a business. A sergeant was on the lookout for it.

Help needed: In Quincy, a caller reported that she dropped her mattress on her foot while she was moving it. She was then unable to get it off her foot. She said she didn’t needed medical, just help. Quincy Fire Department assisted.

Cold break-in discovered: In Graeagle, a caller reported that a break-in at a business occurred sometime previously. The caller said the building appeared to be empty when she arrived, but when she left she realized the windows were open. A deputy responded.

House fire reported: In Chilcoot, a caller reported a house fire and that she could see flames. Sierra Valley and Beckwourth fire departments and Eastern Plumas Health Care were paged. Loyalton was contacted for mutual aid. It turned out to be a burn pile that was possibly out of control.

Theft reported: In Chester, a caller reported that someone broke into his shed and stole his dirt bike. He said the theft took place some time between Sunday evening and Thursday. A deputy said nothing was in the system matching the description of the bike. The caller would have to go to DMV to locate the information.

Illegal dumping reported: In the Greenville area, a deputy received information about illegal dumping. The deputy requested the RP contact the USFS, who was notified.

Hazard in roadway: On Highways A15 and 89 near Graeagle, a caller reported that a boulder was in the road. The information was transferred to the CHP.

Chased by a dog: In the Clio area, a caller said that a pitbull that was off its leash chased him down the road. He was riding his bike at the time. The information was transferred to animal control.

Scam called reported: In Quincy, a caller said that he received a suspicious call from someone saying he was coming to his residence the next day to put a lien against his house. No money was lost.

Man down in a parking lot: Sierra Valley Fire Department was paged because a person was reported down in the roadway. The CHP said a man was lying in the parking lot with multiple people standing around him. The CHP had a unit responding as well as a deputy from Lassen County. REMSA said they also have a unit responding. SIFC from Susanville recontacted and said the CHP was unable to locate the victim.

Road rage at school: In Chester, a caller reported that on the previous day they had a parent who had road rage and wanted to speak to a deputy. It was requested that the deputy put in an appearance at the elementary school. The caller was unsure of the parent’s name. The deputy did appear at the school.

Intoxicated trespasser reported: In Portola, a caller said that a man came onto his property at 2 a.m. and knocked on his door. He was intoxicated and caused problems. The caller requested to speak to a deputy about his rights. A deputy did speak to the caller who requested the individual be given a trespass warming, which he did. 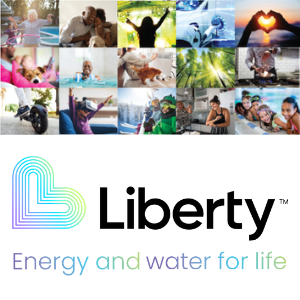 Sex ring suspected: In Delleker, a caller reported that someone called her and claimed his daughters are in a sex ring. The caller is a family therapist in Sacramento and is concerned about the well being of the children. A deputy reported that this has been reported before and is an ongoing case. County Counsel was notified. CPS to handle the situation.

Break-in suspected: In Chester, a caller reported that he thought someone broke into his house. He said he is with his little brother and that everyone was asleep. He could hear someone walking around and thought he could hear someone opening the cabinets. A deputy contacted the reporting party and it was suspicious circumstances only.

Shots fired, maybe: In downtown Quincy, a caller said she just heard five or more shots or bangs. She said it woke her. A second report also came in. A deputy checked the whole downtown area and didn’t find anything.

The pig’s out: In Portola, a caller reported finding a potbelly pig and it looked like it was out all night. It was very small. It was now in a yard. The information was transferred to animal control.

Camping too long: On the Old Highway near Keddie, a caller reported that a couple parked their RV on a county road. They were asked to move off USFS property earlier because they had been there for more than 14 days. They had been in the current location for two days. The caller was concerned about littering and sewage. A deputy said the RV was unoccupied and there was a sign on the door saying they would be moving it soon. The deputy said there was no sign of sewage or littering around. The deputy attempted to contact the people but the call went to voice mail. The information was transferred to the county roads department.

Wouldn’t go to school: In Quincy, a caller reported that her two children refused to go to school and needed to be counseled. They are young teenagers. A deputy spoke to them and then talked to the mother about getting them into counseling. The deputy notified child protective services and the district attorney.

Burglary reported: In Delleker, a caller said that someone broke into her house sometime in the past few days when she was out of town. The dead bolt was missing, but there were no other signs of forced entry so she didn’t notice anything right away. The items that were missing were in a box. She said she is about to be evicted so she thought it might have been the landlord. A deputy was waiting for a property list from the caller.

Climbing on buses: In Greenville, the schools reported that they have video of three juveniles climbing on the top of buses. A deputy said the school staff wanted them to locate the juveniles and counsel them. They were counseled.

Man doesn’t return home: In the La Porte area, a caller said that her husband went snowmobiling and was due back at 2 p.m. and hadn’t returned. The man had survival gear and a walkie talkie with him. The new snowmobile has GPS. Family members were responding to look for the man. The CHP Redding Air Ops couldn’t respond due to the weather. The CHP in Auburn was contacted, but there wasn’t a pilot available. The family located the truck and trailer. Search and rescue were heading into the area. A woman called and said the man was found safe. He was stuck in a creek. He was wet and tired, but didn’t need medical assistance.

Prowler suspected: At Indian Falls, a caller reported a suspected prowler in the neighborhood. Motion lights were activated and dogs were barking. There was also knocking at doors and then no one would be there when they were answered. A deputy was unable to find anything, but was continuing to watch.

Won’t leave ER: In Chester, a caller requested a deputy come to the emergency room at Seneca because someone said he wouldn’t leave. The caller wanted the deputy to arrest the man. The deputy said the man has warrants.