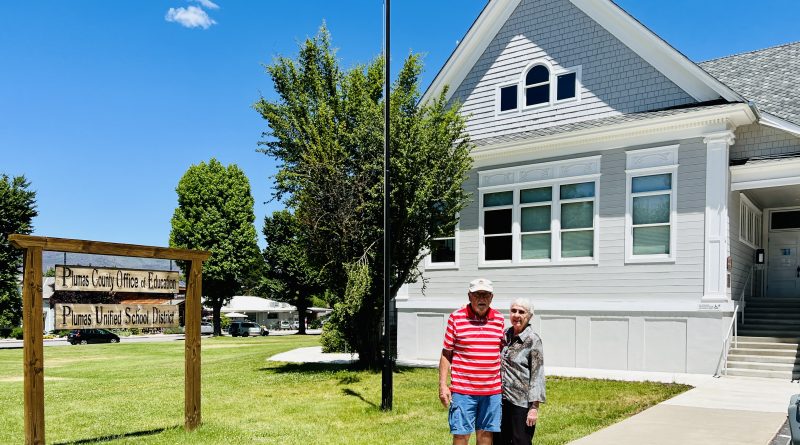 Mary went on to graduate from Quincy High School in 1950, and Tom followed in the class of 1955.

The two siblings reminisced about their school days, pointing out where the principal’s office was and the stairs to the fourth-grade classroom. “We played baseball right here,” Tom said, indicating the lawn facing Main Street. He said they would park their bikes between two now very tall trees on the Jackson Street side, and used the area behind the building for basketball and taking turns on the slide, the only piece of playground equipment they had.
Tom is a long-time resident of Quincy, and Mary now lives in Pacifica.