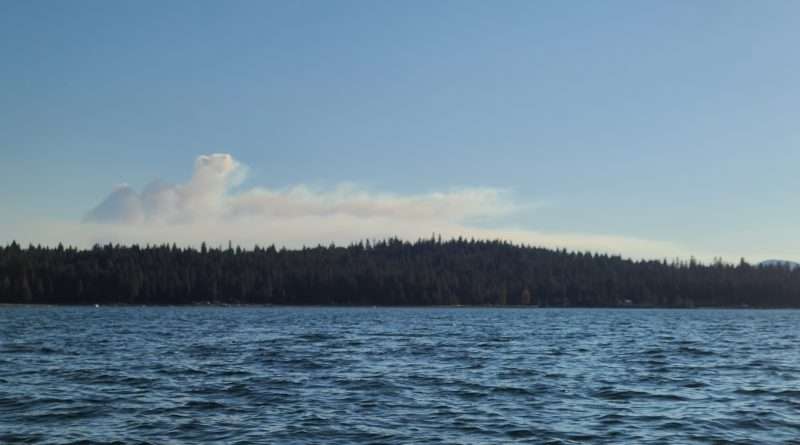 A view of the smoke from the fire in the Philbrook area as seen from Lake Almanor Sunday evening. Photo by Greg Stelzner
News
June 28, 2021June 29, 2021 Editor

The fire that broke out yesterday, June  27, near Philbrook Lake on the Lassen National Forest is now being called the Sky Fire. As of last night it was reported to be 75 to 100 acres and prompted the Butte County Sheriff to issue an evacuation warning for those in the Philbrook and Snag Lake areas. It’s burning in the Almanor Ranger District of Lassen National Forest in Butte County.

The initial attack earlier today included one Air Attack, two air tankers, one helicopter, six engines, and one crew. The number of crews has increased throughout the day. As of now there’s an abundance of resources on this fire, including air tankers, helicopters, bull dozers, fire engines, hand crews, and water tenders. Extremely rough terrain and extreme weather conditions are hindering containment status.

The map below depicts the Sky Fire location. 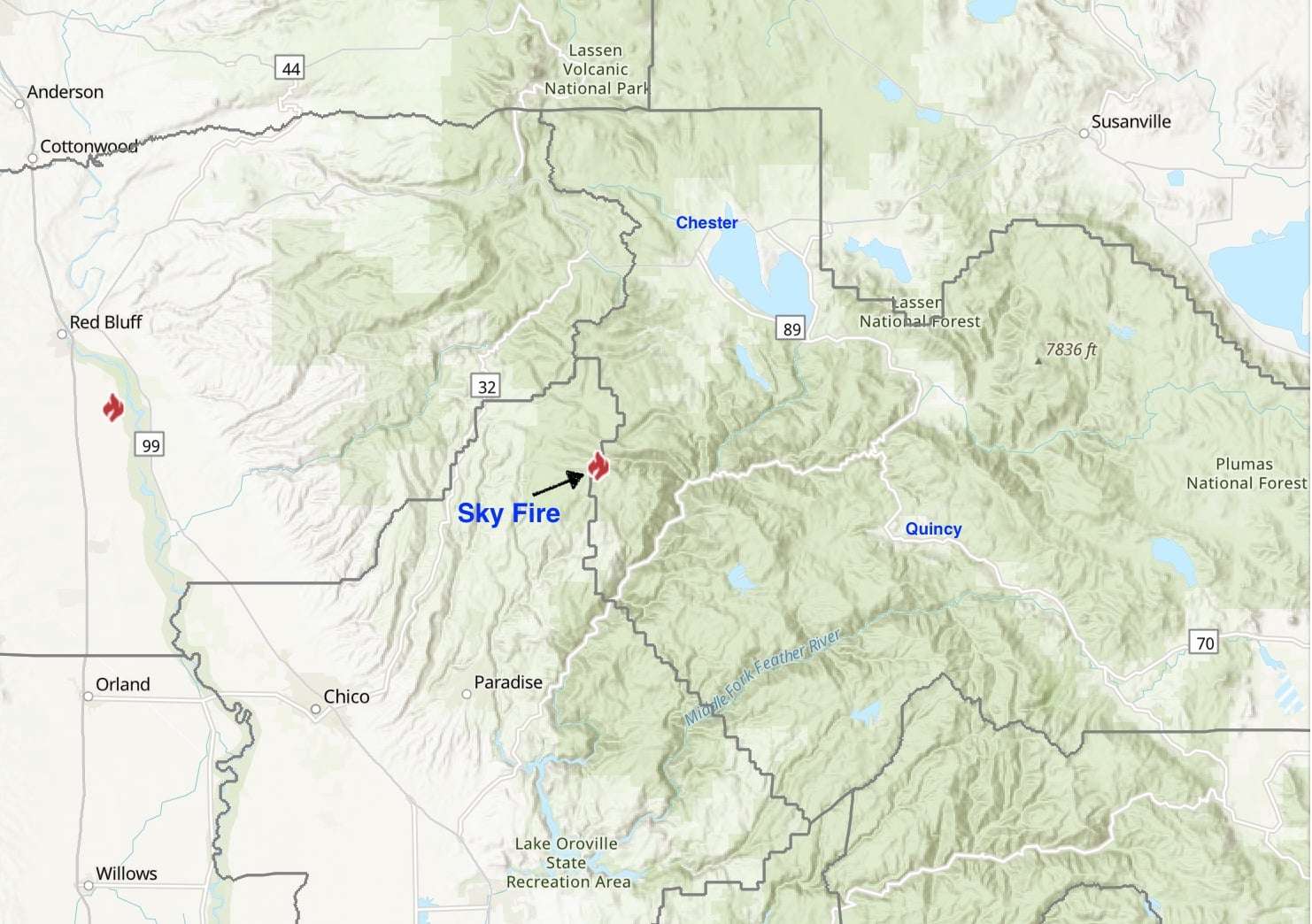