In Stage II Fire Restrictions, campfires are only allowed in specific designated recreation sites with a campground host, in established campfire rings.  Sites are listed in Exhibit A of the closure order below.

Smoking is only allowed within an enclosed vehicle or building, in one of the designated recreation sites listed in Exhibit A, or an area at least 3 feet in diameter that is completely clear of all flammable material.

Additionally, internal combustion engines, such as vehicles and generators, may only be used on designated roads and trails.  Boat engines on water are exempt.

Chainsaw use for firewood is still permitted with an expectation that operating a chainsaw off designated roads and trails is minimal.  Woodcutters need to ensure that they are checking the Woodcutting Status each day prior to cutting by calling 1-800-847-7766.  For the latest information on the Plumas National Forest firewood cutting program, please visit https://www.fs.usda.gov/main/plumas/passes-permits/forestproducts.

Welding or operating an acetylene or other torch with an open flame is prohibited.

Possession of a valid California Campfire Permit is not an exemption from the prohibitions.  However, they can use portable campfire pits, stoves or lanterns that use gas, kerosene, jellied petroleum or pressurized liquid fuel as long as it has a working shut-off valve and is used in an area that is at least 3 feet from any flammable materials.

California Campfire Permits are free and available at Forest Service and CAL Fire offices or online at https://permit.preventwildfiresca.org/.

“The Plumas National Forest has experienced tremendous impacts from wildfire over the past 5 years,” said Plumas National Forest Assistant Fire Management Officer Mitch Wilson.  “Currently we have expanded the hours we are staffing due to increasing fire danger, as well as lightning activity over the past few weeks.  The Plumas has been fortunate so far to have minimal impacts from lightning and for the swift responses to lightning and other fires by our wildland firefighters.”

While not a regular occurrence, expanded staffing of all resources and periodic 24-hour staffing have been an investment by the Plumas National Forest this fire season to help ensure a rapid wildfire response.  This has included during prolonged heat, periods of high recreation use, as well as recent lightning storms.

This past weekend, both the Mount Hough and Beckwourth Ranger Districts went into Lightning Plans, meaning lightning was abundant and there was the possibility of multiple fires requiring response.

Firefighters are continuing to patrol for fires resulting from those storms, which can smolder for more than 2 weeks before flaring and becoming visible.

“By helping prevent human-caused wildfires, we are not only protecting the forest and communities from the risk of wildfire, but also allowing wildland firefighters to focus on responding to lightning fires and other threats,” Wilson said.  “We appreciate the cooperation of area residents and visitors following the Stage II Fire Restrictions and helping us prevent human-caused wildfires this fire season.”

Suspected wildfires can be reported by calling 911.

The order is formally referenced as Closure Order Number 05-11-22-02.  Violations of the prohibitions are punishable by a fine of not more than $5,000 for an individual or $10,000 for an organization, or imprisonment for not more than 6 months, or both. 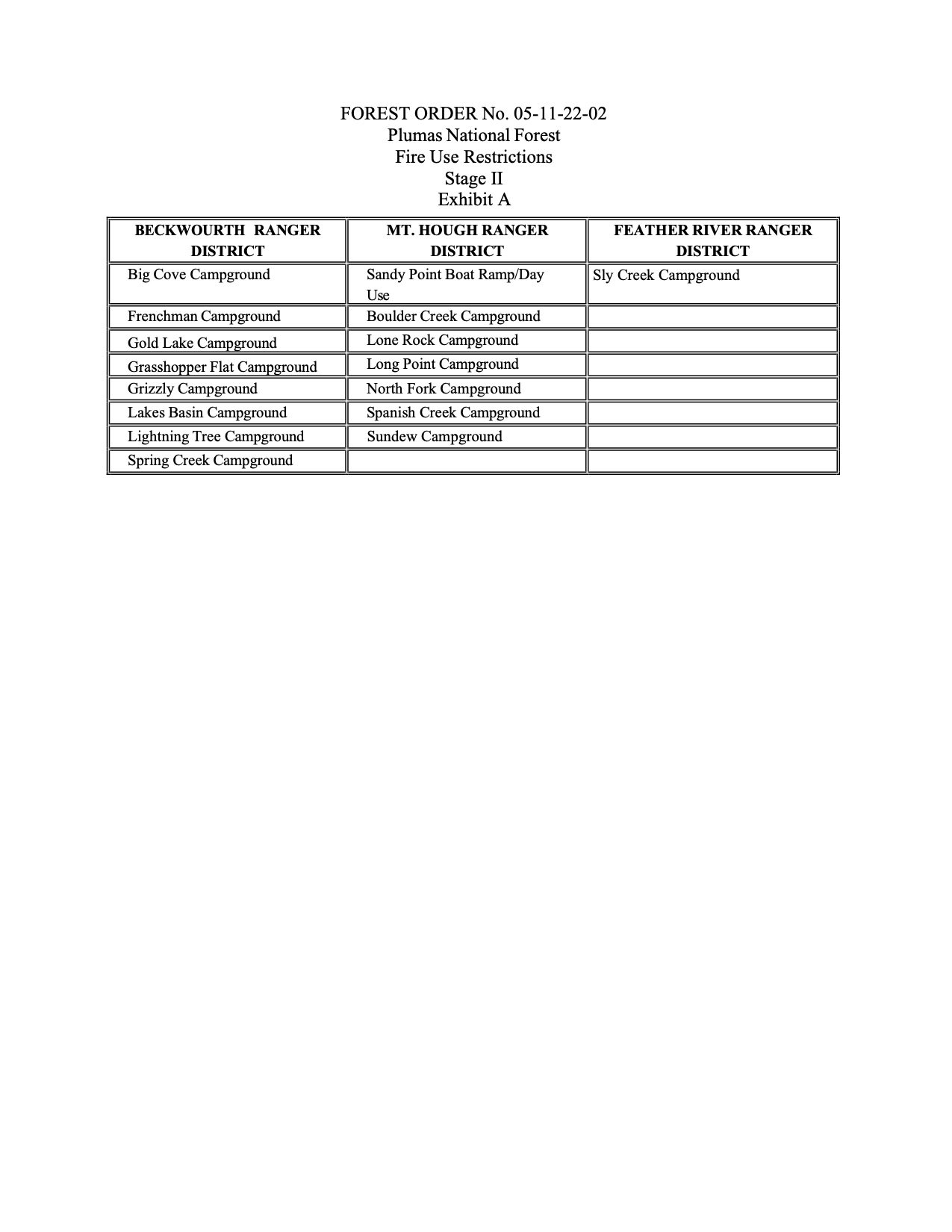