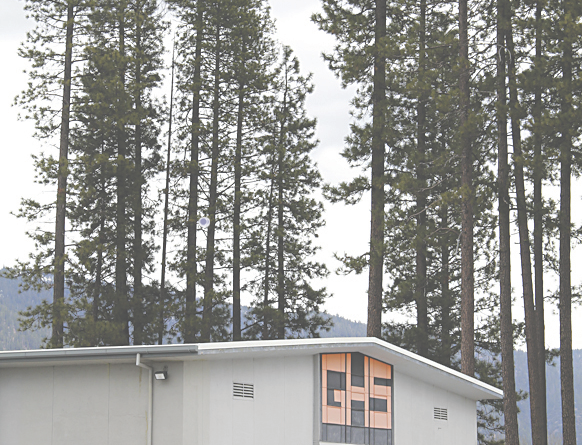 Students will return to Greenville High School and Greenville Elementary at the beginning of the next school year. File photo
News
March 17, 2022 Editor

A little more than a year after the Dixie Fire tore through Greenville, its children will be able to return the classroom in the battered town.

The school board listened to recovery updates presented by Plumas Unified School District administrators as well as the results of family and staff surveys before voting March 10 to open both the Greenville elementary and high school campuses for the new school year that begins Aug. 22.

School administrators and board members wanted to be assured that the necessary infrastructure would be in place and that the sites would be safe to host students once again. “Heavy debris cleanup should be completed before June in the area,” Superintendent Terry Oestreich said. She added that CalOES is working on carving school mascots on trees near the campuses to welcome students back.

While internet and phone service remains spotty, administrators have worked with the provider, Frontier, and are assured that fiber optics are being installed and should be ready prior to the start of the new school year.

Work has been completed on the high school gym, with some outside work still required on the woodshop. Both structures were damaged during the fire. The Greenville Elementary playground was also damaged, but the equipment is expected to be ready by the new school year.

The majority of staff also favored returning to the Greenville campuses, with 84 percent expressing that preference at the high school level.

As for the Taylorsville campus, which has proved to be a refuge for students this school year, it will return to being used for the outdoor education program. Many parents and staff favored remaining there, but the majority opted for Greenville.

“Based on survey data and estimated timelines, we do recommend that both GES and GHS start up in their locations for Aug. 2022,” Superintendent Oestreich summed up the presentation. The school board agreed.