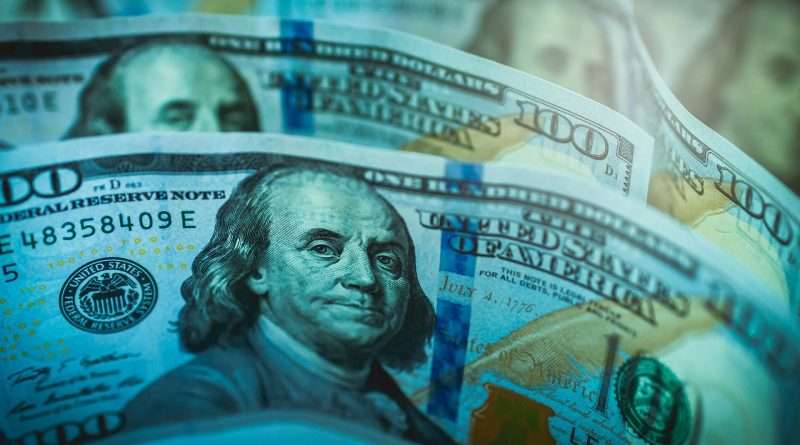 “They gave Plumas County the big middle finger,” Supervisor Greg Hagwood said Tuesday evening, March 15. It had been several hours since his fellow supervisors Dwight Ceresola and Jeff Engel voted against allocating $50,000 to a coalition of the county’s chambers of commerce, and he was still angry with their decision.

Hagwood then reiterated what he had said during that morning’s board meeting — that a strong local economy will generate property tax, sales tax and TOT revenue that allows local government to pay for the services it provides. And, Hagwood said, since the county isn’t doing anything to promote the county, it should support those who are doing that work.

The $50,000 requested would be used to undertake a marketing campaign to address the image of Plumas County as one big burn scar. Businesses have reported potential visitors calling to ask if everything is burned and are trying to decide whether to visit the area.

During a follow-up interview March 18, Hagwood reaffirmed his position. “It’s economics 101,” he said. “The county’s ability to provide services is based on the success of local business and the economy.”

But there are those who disagree.

“I don’t make decisions on emotions,” Supervisor Jeff Engel said during the board meeting. He then commended the presentations that had been made earlier in the meeting (Susan Bryner of the Feather River Tourism Association had presented an annual report on the group’s work). “I support what the chambers do, but the chambers are private sector entities.”

During an interview the following day Engel explained his position further. “Every week all we hear is that deputies are leaving,” he said, citing low pay as a reason. Engel would rather take the $50,000 that would go to the chambers and use it to pay county employees.

Those who want the $50,000 to go to a marketing campaign, argue that the only way to pay county employees more is to generate more ongoing income — and that would come from increased tax revenues that flow into the county.

“We need to address the burn scar issue this county has,” said Richard Aiple, general manager of Nakoma, and a chamber member. Increased tourism “correlates to more revenue as property tax goes up, gas tax goes up, sales tax goes up…”

But there is one thing that both Engel and Aiple can agree on — the county is missing out on the Transient Occupancy Tax revenue that is not being collected from short term vacation rentals offered in private homes. It’s a topic that has been addressed by the board at recent meetings, and efforts are underway to collect that revenue.

Though the $50,000 request went down to defeat this past Tuesday, the topic will be addressed again this coming Tuesday, March 22, during a special meeting to discuss the allocation of the $3.7 million ARPA (American Rescue Plan Act) funds. Though the supervisors had previously outlined how they intended to spend these federal dollars, new information regarding internet funding possibilities, puts the $1.8 million earmarked for broadband into play.

After learning more about how the ARPA funds could be used, Hagwood said that he had met with the fair manager and county museum board as two entities that could benefit. He suggested that perhaps the fairgrounds could give the money to the chambers. That suggestion drew a reminder from County Counsel Gretchen Stuhr that the board had gone off topic.

Supervisor Sherrie Thrall made the motion to give the $50,000 to the chambers along with a contract that had been drafted outlining the scope of work. She later amended the motion to include a three-way contract between the county, the chamber coalition and the Feather River Tourism Association.  The latter would be charged with the marketing campaign since it has the experience to do so and could do it quickly. The goal is to promote the county as soon as possible to secure the tourist season.

But the proposal went down to defeat.

This discussion no doubt will be continued March 22 as the supervisors review ARPA funding allocations. Does allocating that funding also require a four-fifths vote?

When asked, County Counsel Gretchen Stuhr said that it probably would. The ARPA funding will be similar (to the contingency fund request) in that a four-fifths vote will be needed to allocate the funds to specific purposes and budgets, she explained. “Thus, ARPA funding for the chambers will likely need a four-fifths since the ARPA funds have yet to be allocated in the county budget, instead the County has been discussing what project they would like to fund,” she said. “However, at some point, the ARPA funds will need to be allocated in the County budget to include these expenditures for the projects approved. Under the County Budget Act, the auditor cannot issue a warrant for an obligation that has not been authorized in the budget allocation.”

The chambers remain hopeful that their funding request will be granted, but ultimately their goal is to be included in the budget and funded annually as they used to be when the county used a portion of the TOT revenue to fund the chambers.

At one time there was a Plumas County Chamber of Commerce and a Plumas County Visitors Center. Those entities no longer exist and four individual chambers took on the responsibilities of marketing this county — at first with financial support from the Board of Supervisors, but then that vanished also. The chambers are serving not only as support for their member businesses, but have become the de facto visitor centers as well.

Those chambers have banded together under the Plumas County Chambers Coalition banner, and representatives attended the Board of Supervisors meeting March 8 to ask for funding.

At that meeting Richard Aiple, the general manager of Nakoma Resort and a member of the Lost Sierra Chamber of Commerce, spoke on behalf of the coalition. Aiple said that the individual chambers are essentially performing all marketing functions for Plumas County, and the results can be seen in TOT (transient occupancy tax), which accounts for 7.3 percent of the county’s general fund. Their efforts also translate into increased sales and property tax revenues that flow into the county coffers.

To accomplish their goals, Aiple said that the group needs funding — ongoing funding. “This is not a one-time fix; this is an investment in the chambers,” he said.

Aiple asked for $50,000 for a one-time public relations campaign to counter the burn scar image of Plumas County. The group also wants a second funding payment of $100,000 in July and then a commitment for $200,000 annually for the next 10 years. A good portion of the funding would be used to staff visitors’ centers.

Aiple said that the Dixie Fire became known as the Plumas County Fire despite the fact that it burned across five counties, and that impression impacts tourism. “We need visitors centers to address these concerns,” he said. The centers would operate seven days a week and paid staff is needed to accomplish that.

“Bottom line is we need your partnership,” Aiple said.

But the board couldn’t make any decision that day because County Counsel Gretchen Stuhr said that the items would need to be agendized for a vote. That’s how everyone found themselves at the March 15 meeting and now again on March 22.