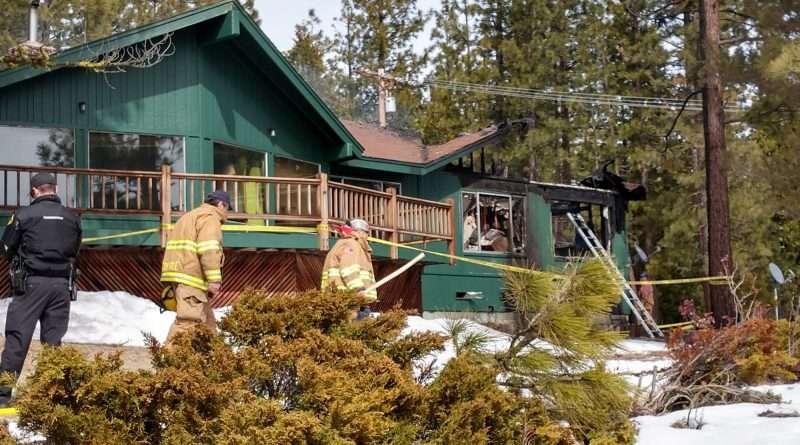 Investigators remain on the scene of an early morning fire that claimed the life of one victim. A suspect has been arrested on arson and homicide charges. Photo by Lauren Westmoreland
News
March 14, 2019March 20, 2019 Editor

A suspected arson fire on Mohawk Vista in Blairsden this morning has claimed the life of one victim.

The Plumas County Sheriff’s Office is reporting that on Thursday morning, March 14, at approximately 6:48 a.m., its dispatch center received a call of a fully involved structure fire at 69067 Mohawk Vista Dr. in Blairsden.

The first fire unit on scene from Eastern Plumas Fire Department reported rescuing one subject from the garage area of the residence. It was reported a second subject was still in the bedroom area.

The rescued subject told sheriff’s deputies that the cause of the fire was arson and the person responsible was a temporary employee hired to work at the residence.

While additional agencies were responding to the scene, CHP contacted a male subject who was wet and walking on the side of the roadway near the area of the fire on Highway 89.

Phillips was taken into custody and booked on arson and homicide charges.

The investigation continues at this time. The name of the victim will be released after identification and notification of next of kin are complete.