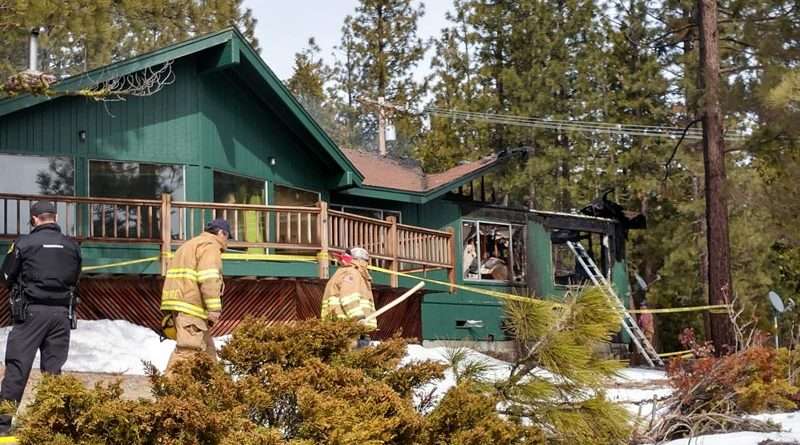 Emergency services and sheriff’s officers responded to a fully engulfed structure fire on Mohawk Vista Drive in Blairsden the morning of Thursday, March 14. Two residents were inside the home at the time the fire was allegedly set. One victim was rescued from the garage area of the home. One victim was inside a bedroom and died in the blaze. Photo by Lauren Westmoreland
News
March 22, 2019March 20, 2019 Victoria Metcalf, Assistant Editor

A man has been charged with homicide and arson following a Blairsden house fire that claimed the life of one resident and displaced a second.

A call of a fully involved structure fire came into the Plumas County Sheriff’s Dispatch Center at 6:48 a.m.

Eastern Plumas Rural Fire Department was the first agency on scene. Firefighters rescued one person from a garage area of the home. It was reported that a second person was inside a bedroom. That individual did not survive.

The individual who was rescued told sheriff’s deputies that the cause of the fire was allegedly arson. The individual also claimed that a man allegedly responsible for setting the blaze was a temporary employee who was hired to work at the residence.

Nicholas Alexander Phillips was discovered on Highway 89 by the CHP on Thursday, March 14. He was not far from the structure fire at 69067 Mohawk Vista Drive in Blairsden. He was walking along the highway and was wet.

Phillips was initially transported to Eastern Plumas Health Care in Portola. He was then taken into custody and booked into the Plumas County Sheriff’s Correctional Center.

The investigation into the fire is ongoing.