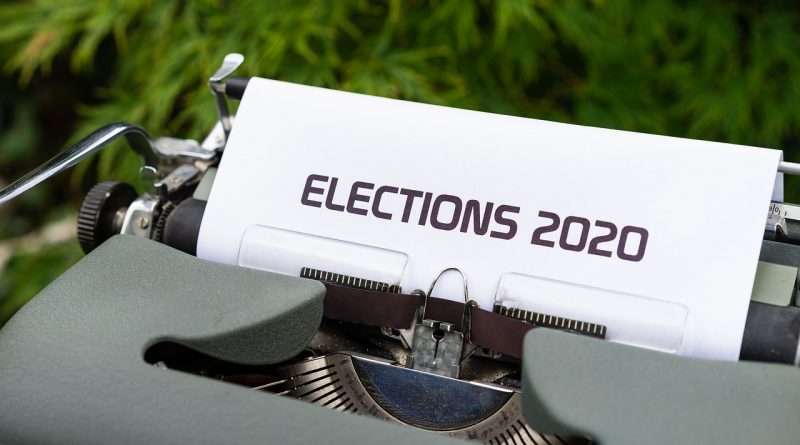 It’s official — all of the votes in Plumas County have been tabulated and 83.35 percent of registered voters in Plumas County cast their ballot. While that’s a great voter turnout and could lead the state (not all counties have submitted their final tallies as of yet yet) it is slightly less than the 2016 voter turnout of 83.78 percent.

“We had everything done and ready to go,” Williams said of the final count. “Everything went smoothly.”

In fact, the entire election went smoothly and she credits her staff for making it happen. “I have just an awesome crew,” she said.

As for the results themselves, Plumas News asked Williams how individual areas in the county voted when it came to the top of the ticket. While President Donald Trump won the county with 6,445 votes to Joe Biden’s 4,561, there were pockets of support for Biden including most of Quincy and the Feather River Canyon. The Lake Almanor, Indian Valley and Eastern Plumas areas leaned toward Trump. See the breakdown below. (For those who are curious, the dividing line between what is considered downtown Quincy versus uptown Quincy is downtown includes the Bellamy area by Plumas District Hospital through about the CHP office. Uptown heads toward the area around Nugget Lane and Linden.) 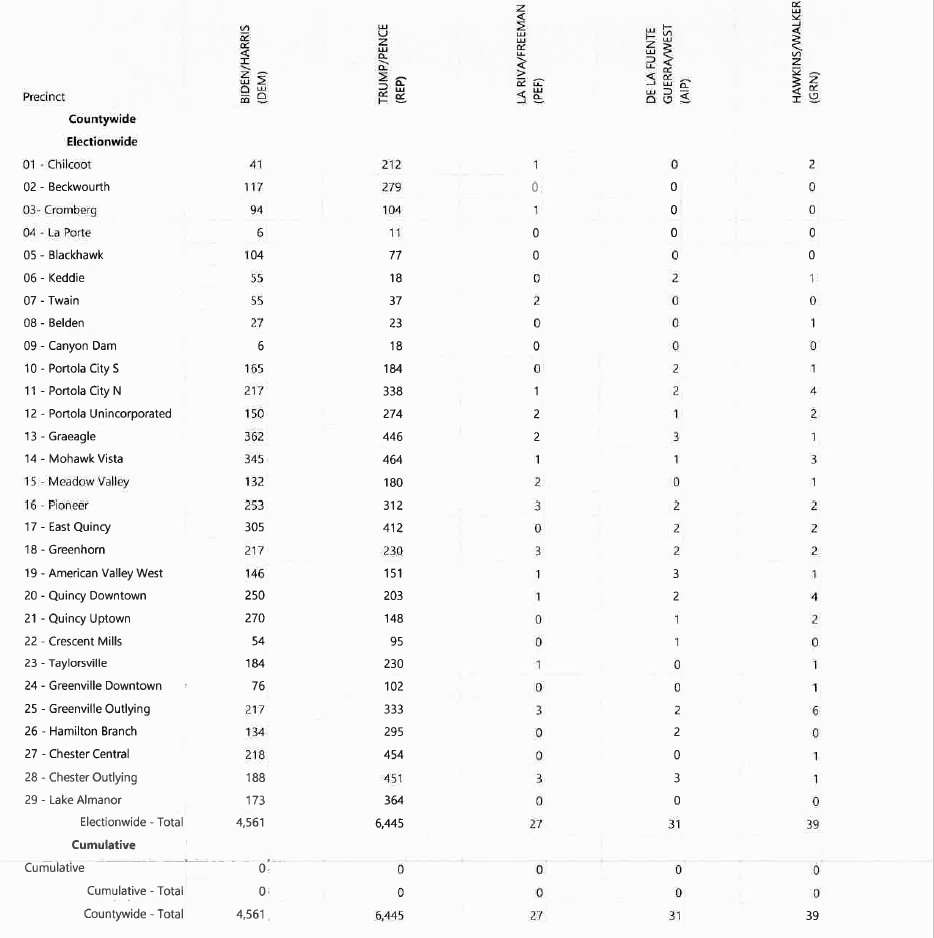