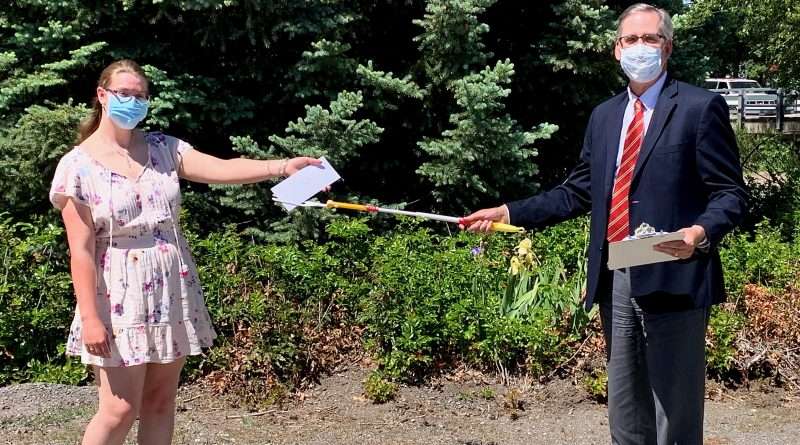 The Plumas County Bar Association is pleased to announce the winner of its 2020 scholarship competition. A $1,000 scholarship was awarded to Rosalie Houser a graduate of Chester Junior/Senior High School. Since schools are not able to have awards ceremonies this year, the president of the Bar Association, David Hollister, recently met with Rosalie to make the presentation.

Applicants for the scholarship submitted essays in which they discussed the laws regulating with vaping and other types of smoking. The scholarship committee received applications from students in all parts of the county.

The essays were considered by the scholarship committee together with the student’s record of academic achievements and activities. The essays were not identified by name when they were evaluated, nor by any other information which would have identified the writers.

The scholarship committee of the Plumas County Bar Association, thanks the students who applied as well as their teachers and counselors for encouraging their participation in this program, and extends its congratulations to Rosalie.

The bar association has given scholarships to local students since 2001.