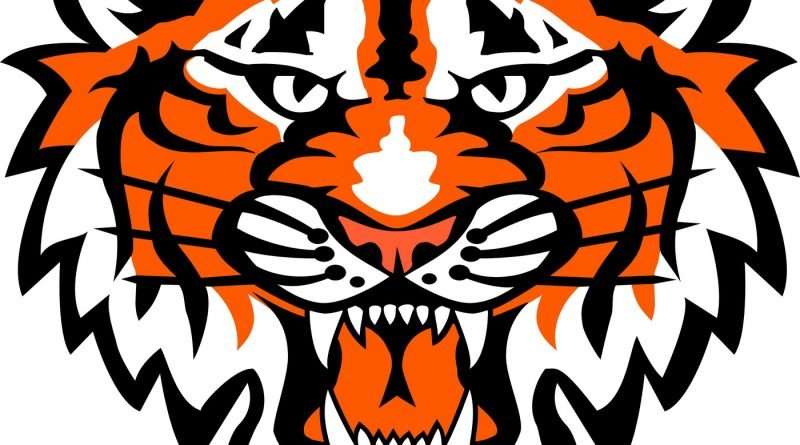 The Portola High School football team sits at 4-0 this season and 2-0 in the Cascade Valley League. Their most recent game, Sept. 16, was a victory over the Redding Christian Lions 42-7. Notables from the game were PHS sophomore Magnus Berg with 85 rushing yards in the game, junior Tanner Carr with 111.5 passing yards for a yard total in the game of 150.5. PHS juniors Jacob Juarez landed 12 tackles and classmate Johnny Stewart scored 10 points in the game. “I’m only starting three seniors this year,” said head coach Steve Heskett. There is an impressive list of young talent stepping on to the field for PHS.

Portola and Maxwell teams faced off Sept. 9 on the Panthers home field. Both teams were able to score in the first quarter, PHS 14, Maxwell 7. In the 2nd quarter the Tigers tore up the field with scoring 3 TDs and 2 field goals. The Panthers added a TD and an extra point, 34-14. In the 3rd quarter only the Tigers added a touchdown and a good kick, 41-14. The final quarter brought two more TDs for the Tigers and one for the Panthers. Defense stopped any extra kicks or points from either team for the ending score of 53-20.

Portola Tiger quarterback Tanner Carr completed 3 passes in 6 attempts for a total of 115 yards. He had 6 carries for 30 yards. Tiger touchdowns were scored by senior Steven Peralta (9 carries for 85 yards), Magnus Berg (16 carries for 76 yards), junior Cody Wilmer (3 carries for 33 yards), and two TDs were scored by receiver Johnny Stewart who caught 2 passes for a total of 100 yards and scored on a 2-point conversion pass, also. Berg also scored rushing on a 2-point conversion handoff. Jacob Juarez had 2 carries for 16 yards. Junior Robert Martell added 15 yards catching a Tiger pass.

Stewart picked up 6 yards on an interception run and carried a punt return 3 yards. Berg added 6 yards with a kick return. Wilmer made a total of 14 tackles, 8 solo and 6 assists. Junior Hayden Tuccori made 7 solo tackles and 5 assists, Juarez landed 4 solo tackles and had 8 assists. As a team, the Tigers landed a total of 86 tackles in the game.

The first game of the season for Portola was an away game with The Coral Academy of Science in Reno. The contest took place at Wooster High School. The Tigers scored 2 TDs and 2 extra points in the first quarter. Portola added 4 touchdowns and an extra point before the half allowing the Falcons a TD and 2-point conversion completion, 39-8 at the half. The Tigers added 2 TDs in the third quarter, 51-8, and the Falcons scored a lone touchdown in the final quarter for the ending score, 51-14.

Team tackles totaled 74. Sophomore Alex Pfingston made 4 solo tackles and 7 assists. Wilmer made 4 solo and 3 assists. Peralta landed 4 solo and made 4 assists. Junior Bryan Burger had a total of 6, as did junior Zach Perkins. Junior Robert Martell had a total of 5 tackles, along with Berg. Junior Kylen Bautista made 4, as did Tuccori. With 3 total tackles were Stewart, Wilson, and Lopez. With two tackles were senior Kaydn Morton, Bok, and junior Tanner Goodale. Junior Spencer Erchul, sophomore Owen Fragiacomo, and junior Konnor Bradley also landed Tiger tackles or assists.

The Tigers have another 6 games on the docket ending with a rivalry game with their favorite opponent, the Quincy Trojans, Friday Nov. 4 in Quincy. That game is scheduled to start at 7 p.m. but all others have kickoff at 7:30 p.m. and all games are on Friday evenings. The next three games for the Tigers are home games, Sept. 23, 30 and Oct. 7. The Etna Lions are first on the chopping block this Friday at 7:30 p.m. Fans are welcome and encouraged to attend.