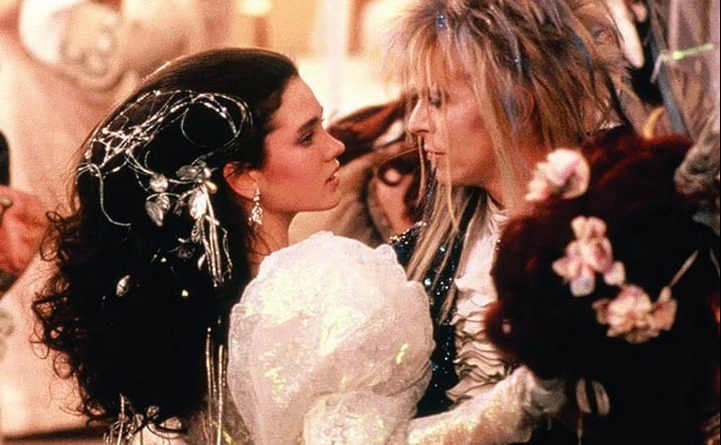 The Town Hall Theatre in Quincy has a special Halloween treat for the whole family. Enjoy a showing of the classic film “Labyrinth” Oct. 28-31. Showtimes are Friday, Saturday and Monday at 7 p.m. as well as a 4 p.m. matinee on Sunday.

You are invited to share an evening with a colorful cast of puppets imagined and created by Jim Henson — the creative genius that brought us The Muppets and Fraggle Rock. David Bowie, one of the most influential musical artists of the 20th century, also stars as Jareth the Goblin King.

This vintage 1970s show is a must-see on the big screen.  In the film, Sarah (Jennifer Connolly) is forced by her father and her stepmother to babysit her baby stepbrother, Toby, while they are out. He does not stop crying and Sarah wishes that he would be taken away. Out of the blue, he stops crying and when she looks for him in his crib, she learns that her wish was granted, and the Goblin King Jareth (David Bowie) has taken the boy to his castle in the Goblin City in the middle of a labyrinth. Sarah repents and asks Jareth to give him back, but Jareth tells her that she has to enter The Labyrinth to rescue him before midnight. So she teams up with some allies: the  collection of charismatic characters played by puppets created in Jim Henson’s Creature Shop. The film is directed by Jim Henson with George Lucas as executive producer.

You can explore more of the genre defying musical career of David Bowie November when the Town Hall Theatre screens the critically acclaimed documentary “Moonage Daydream” Friday and Monday Nov. 4 and 7 at 7 p.m. and Sunday, Nov. 6 at 4 p.m.

For more information on these and other upcoming movie coming to your Town Hall Theatre check the web page:
https://www.plumasarts.org/town-hall-theatre.html