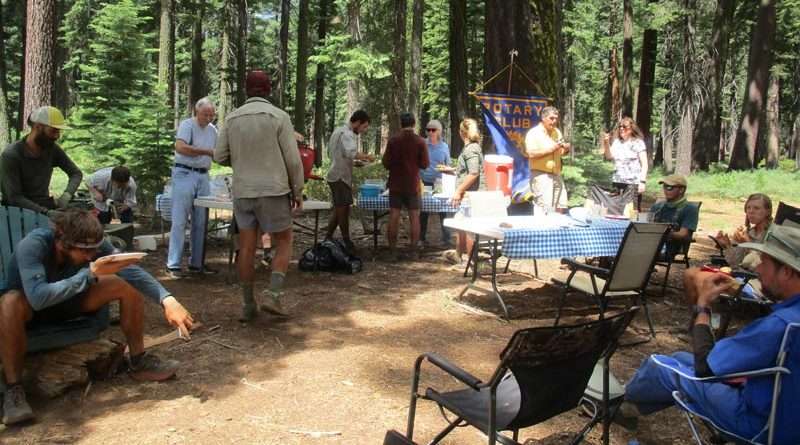 “Trail Magic” is a term used by  hikers for an unexpected act of kindness encountered along the trail. About 30 to 35 Pacific Crest Trail (PCT) hikers enjoyed some trail magic Tuesday, July 23, as they came to the Highway 36 trailhead and met the Chester Rotary Club’s annual PCT lunch day. Cheeseburgers, potato salad, watermelon, fruit and various other goodies were the menu of the day, but the big hit seemed to be the milkshakes. Hikers from Germany, France, UK, Korea and New Zealand, along with American hikers from Pennsylvania, Wisconsin, Texas, New York and even Redding were all smiles and thank-you’s as they continued on their way. A young woman from Minnesota declared. “This is the best Trail Magic I’ve seen in the last 1,300 miles, Thank You!” Chester Rotary wishes the best to all those taking on the PCT challenge. By the way, can anyone guess which hiker has the trail name “Bulesuit”? Photo by Gregg Scott