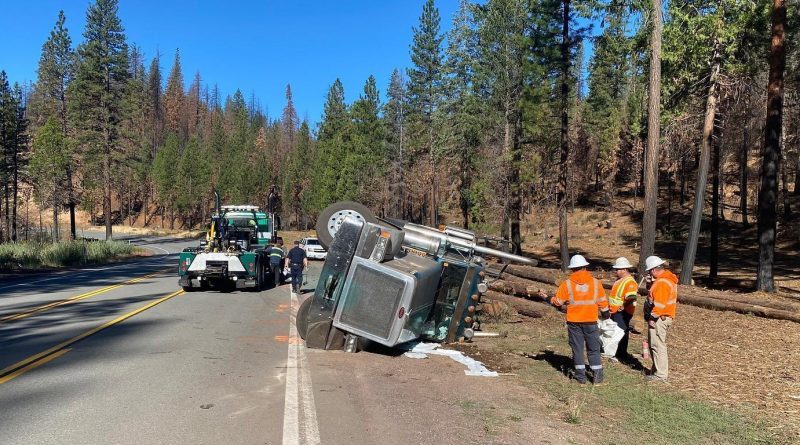 The California Highway Patrol released its report this afternoon on a logging truck accident that occurred about 8:20 a.m. on Sept. 28.

According to the report, Roger Cappello, 70, out of Red Bluff, was driving his fully loaded 2000 Peterbilt log truck southbound on Highway 89, north of Old Haun Road at a stated 50 mph speed, navigating a right-hand curve in the roadway.  According to the CHP, due to Cappello’s operation of his loaded log truck at an unsafe speed for the vehicle load, and roadway conditions, Cappello was unable to safely maintain control of the Peterbilt. It  traveled into the opposing lanes of the highway and rolled over, and then slid across both lanes.  The log load separated from the Peterbilt and slid across the lanes into a roadway marker.  Both the Peterbilt and the log load came to rest on the east shoulder of 89.

Cappello was transported to Enloe Medical Center in Chico for treatment of minor injuries.