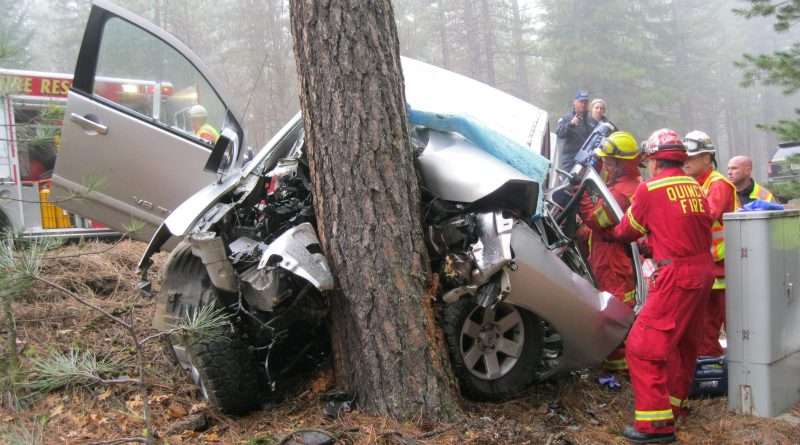 On Nov. 13 at 7:25 a.m., 50-year-old James Peer, of Oroville, was driving a silver 2006 Nissan Titan eastbound on Highway 70. The driver was traveling at an unknown speed and carrying three passengers: 18-year-old Austin Wright, of Magalia, and two juveniles.

Just east of Barlow Road, Peer allowed his vehicle to cross over the solid yellow lines that separate the eastbound lane from the westbound lane. The Nissan traveled across the westbound lane, across the north shoulder and off of the roadway. The front of the Nissan struck a Ponderosa pine tree. Damage to the vehicle was catastrophic.

The Nissan came to rest on its wheels, against the tree, facing east. Peer and one male juvenile passenger suffered fatal injuries.

The 18-year-old male passenger, Austin Wright, and a female juvenile passenger sustained major injuries. Wright was transported to Enloe Medical Center in Chico. The female was taken to Renown Regional Medical Center in Reno, Nevada for treatment.According to the CHP, a sizeable amount of marijuana was located at the scene of the collision. Alcohol and drugs may have been a factor in this accident, which remains under investigation.