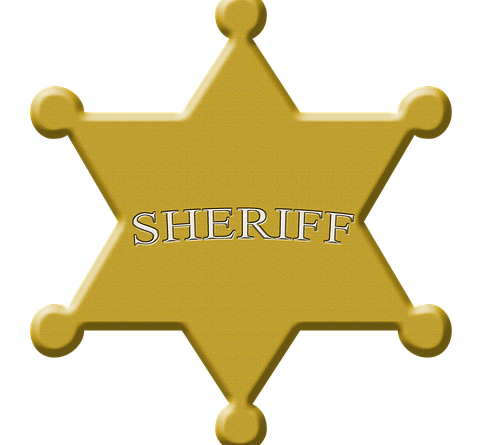 The two men who have announced their intention to run for Plumas County Sheriff – incumbent Todd Johns and retired sergeant Dwight Cline — are not strangers. They have worked together throughout their careers.

They were both deputies and then sergeants together. Then Johns was promoted to administrative sergeant and then on to patrol commander. When he received the latter promotion, Cline became the administrative sergeant. Cline retired in 2017, and Johns went on to be appointed sheriff when Greg Hagwood retired from the position in 2019.

During an interview, Cline said that Johns called him when he learned of his intention to run for sheriff.  “I told him I was recruited,” Cline said, of community members and sheriff personnel who asked him to run.

Cline said there are internal problems within the department, and he fears that if Johns were to be re-elected there would be a mass exodus — that is why he decided to run for sheriff.

Johns acknowledges there are internal issues, but says there are reasons and it’s not a unique situation. During his interview he pointed out the major difficulties of the past two years — COVID and devastating fires. Both challenges required his employees to work extraordinary hours in stressful circumstances.

“The last two years have been brutal on my staff,” Johns said. He described adapting to COVID —the masks, the vaccines, the flurry of requirements — and how they upended the officers’ normal policing policies.

“Then immediately we went to the Bear and Claremont fires, then more COVID and then the Beckwourth Complex and Dixie fires,” he said. “My staff was working a minimum of 12 hours a day, six days a week.” He acknowledged that some were actually working in excess of those hours and during that time some lost their own homes. And those conditions were on top of an already short-staffed department.

Cine is 59 and resides in Portola. He and his wife are the parents of four grown sons. Since his retirement, he has assisted his wife with her business and also spent time riding horses, particularly with his 21-year-old son.

Cline has been in law enforcement for 33 years (the beginning of his career spent in Southern California). During his 26 years with the Sheriff’s Office, Cline worked in Portola, Quincy and Chester. “I liked working in all the different communities,” he said.

Over the years, Cline said he had considered running for sheriff, but “the timing was never right.” When asked why he didn’t apply when the supervisors appointed a replacement for Hagwood, Cline said he didn’t because he was sure that the board would appoint Carson Wingfield and he supported him. But that didn’t happen and Cline is convinced that if Johns were to be elected there would be a mass exodus.

“I’ve known Todd my entire career,” he said. “He’s a good guy, very honest … but he’s in over his head,” and then discussed the poor morale within the department.

When asked if pay could be a part of the issue, Cline said that it is part of it, and personnel have left to work at PG&E and the mill for more money. “The wage issue is on the board (of supervisors),” he said, “but the morale is the responsibility of the sheriff.” He said morale could improve if the right people were tapped to work in the department. “I would rather have a vacancy than a problem,” he said, alluding to what he considers questionable hires. “There is untapped talent out there.”

Cline said that his campaign is fully funded and he won’t be soliciting donations. He has selected red, white and blue as his campaign colors and will have a website and a Facebook page for the public to find out more about him.

Cline said he’s hopeful that even if he doesn’t win, the campaign will bring some issues to light and the department would improve.

Johns, 54, has worked in the department for 31 years. He and his wife have two grown children.

The past two years have been grueling for Johns — dealing with both COVID and fires —and now the Greenville native is committed to the rebuilding process not only in his hometown, but in all areas of Plumas County.

He doesn’t think this is a time to make a change in leadership. “What’s happening right now is bigger than the sheriff’s department,” he said. “It concerns the sustainability of this county moving forward.”

Johns envisions rebuilding communities, emphasizing recreation and energizing businesses as the path forward and he sees his position as an integral component. “I have developed a lot of relationships,” said Johns, who has taken a lead role in the recovery process. He cited relationships with the governor’s office, CalFire, CalOSHA, FEMA and other entities. “Anyone who runs against me would be light years behind,” he said.

And it’s not just fire recovery, Johns also mentioned his work with the OHV program and the relationship he has cultivated with the Forest Service.

Johns acknowledges that while there is much work to be done outside of the department, there are also issues within — overworked, under-paid, short-staffed employees working in difficult times —not only due to  COVID and fires, but due to the general dynamic of law enforcement as a profession.

Johns has pleaded his case before the board of supervisors numerous times, asking for salary increases for his deputies, the correctional staff and dispatchers. While that decision is out of his control, he said he has been trying to accommodate staff where he can — by allowing beards  and external vests to be worn as two examples. They have also been supplied with their own patrol vehicles, to make their day-to-day work easier.

But there are other personnel issues within the department that have nothing to do with pay. There had been an attempt to restructure the office that ultimately didn’t happen, and according to Johns there were promotions  that resulted in “some people not being happy.”

Ultimately, Johns said he goes home every night knowing that he did everything he could. “It doesn’t mean I am perfect, but I can hold my head high.”

The primary is June 7 and the last day to file candidacy papers is March 11, leaving time for another candidate to emerge. Plumas News will continue to follow this race and provide question and answer opportunities for the candidates as well as other coverage in advance of Election Day.