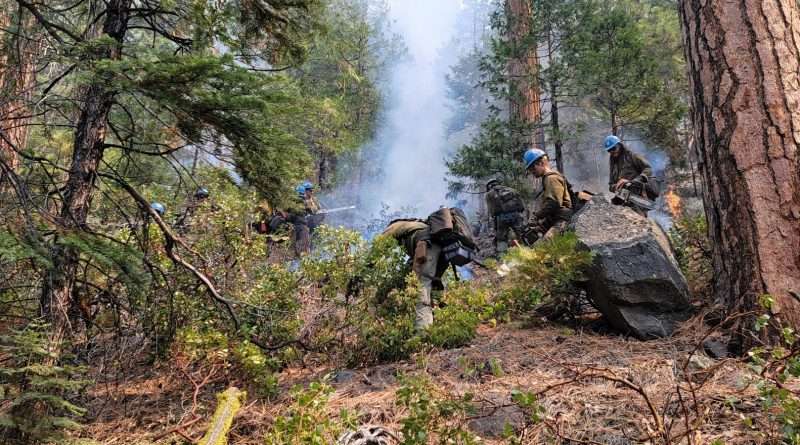 Blue Ridge Hotshots constructing handline on the Dixie Fire and tie in their section of handline with the Plumas Hotshots handline. The fire is now 75 percent contained as of this morning, Sept. 13. Photo courtesy of USFS
News
September 13, 2021September 15, 2021 Editor

It’s the morning of Sept. 13 — two months since the fire broke out near the base of the Feather River Canyon on July 13 — before going onto burn 960,335 acres (as of this point) across five counties and destroying nearly 1,500 structures. The fire is now 75 percent contained.

While most of the fire in Plumas County is in patrol status — with crews backhauling equipment out of the area — two sections of the fire require more attention: Devil’s Punchbowl and Dixie Mountain.

According to this morning’s briefing, crews are working in the Devil’s Punchbowl area above Taylorsville where they are securing and mopping up, with support from aircraft.  Today they will be stringing out hose to strengthen the control line.

On Dixie Mountain, firefighters are working with Army personnel to continue to mop up and secure the line. Yesterday, crews saw heat just west of the Mountain.

As stated earlier all other areas of the fire  are in patrol status. Though some smokes have been reported they are well within the interior of the perimeter.

As fire suppression winds down, crews will begin the arduous process of repair with their initial focus in three areas: near Buicks Lake, along Grizzly Ridge, and by Dixie Valley. 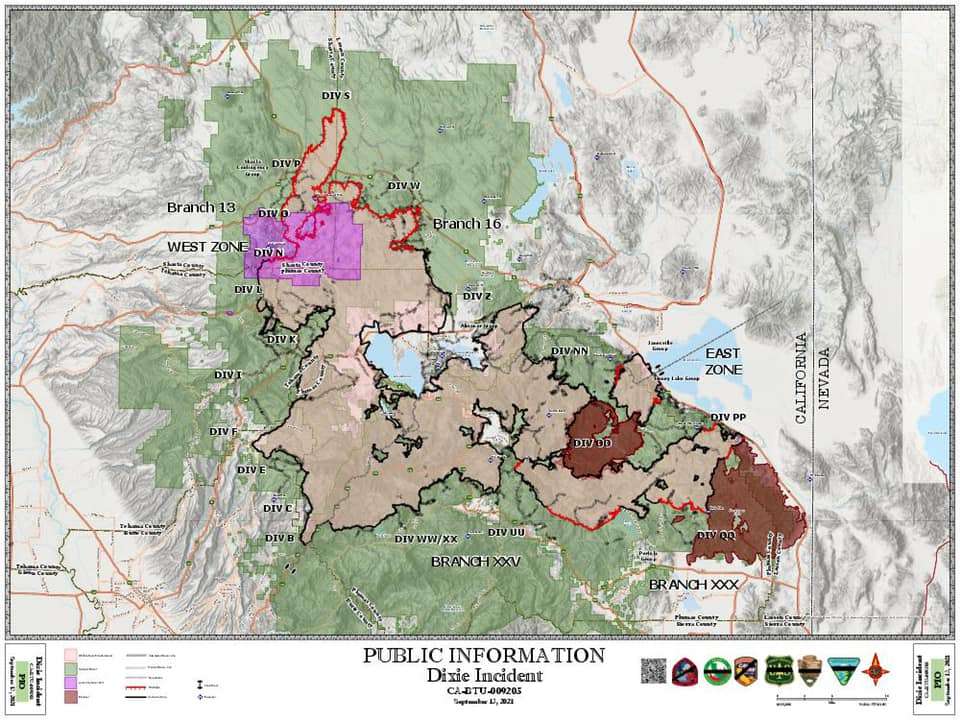 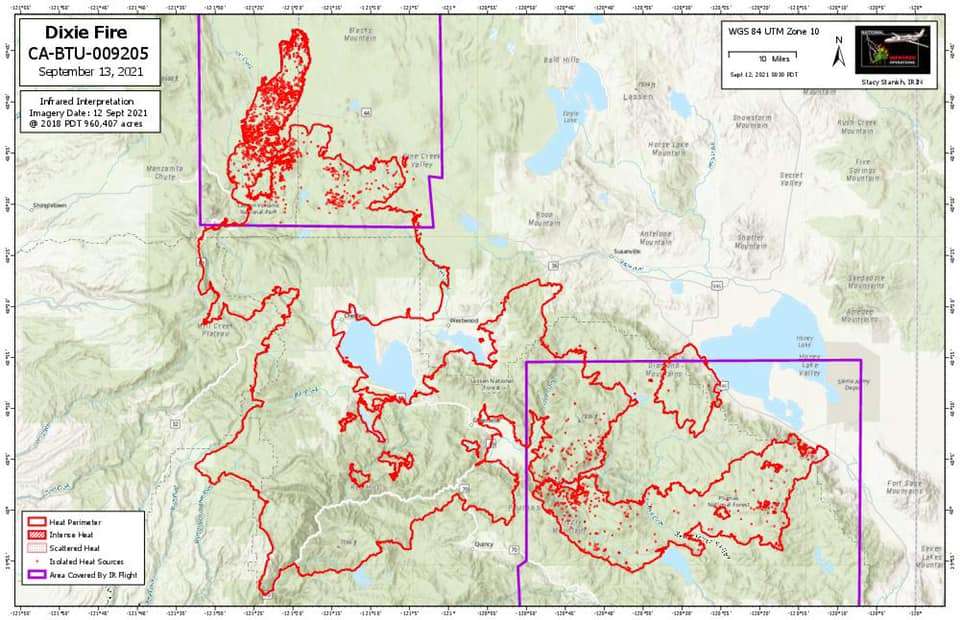