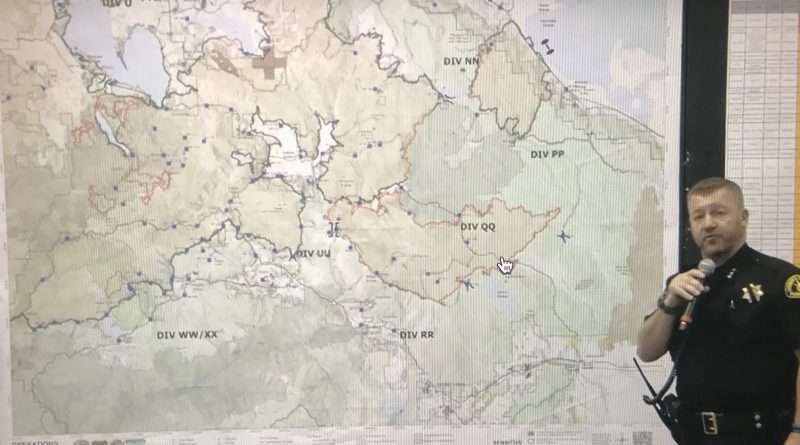 Standing in front of a large map of the fire area, Hermann indicated that the fire had made a strong push away from Lake Davis.

And as for Portola, he told residents that they would continue to see a lot of smoke and plumes, but it is not presently a threat to the city. He explained that the Sheriff, working in conjunction with fire personnel, has established management points that would trigger evacuation orders should a strong southward push come from the fire. That is not anticipated in the near future, Hermann said, but he cautioned residents to be aware of their surroundings.

“Stay safe and we will get through this together,” he said.

As for why a mandatory evacuation was issued for Dixie Valley and Frenchman yesterday (when the fire wasn’t imminent) Hermann explained that it’s because the residences in those are are placed sparsely and it would take emergency personnel time to reach them.