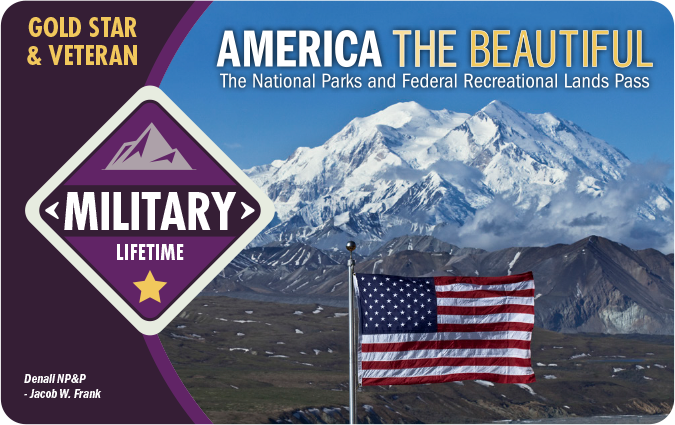 The Biden-Harris Administration announced that starting on Veterans Day (Nov. 11), veterans of the U.S. Armed Services and Gold Star Families can obtain a free lifetime pass to more than 2,000 federal recreation sites spread out across more than 400 million acres of public lands, including national parks, wildlife refuges, and forests, including Lassen Volcanic National Park.“We have a sacred obligation to America’s veterans. This new lifetime pass is a small demonstration of our nation’s gratitude and support for those who have selflessly served in the U.S. Armed Forces,” said Secretary Deb Haaland, whose father served during the Vietnam War. “I’m proud the Department of the Interior can provide veterans and Gold Star Families opportunities for recreation, education and enjoyment from our country’s treasured lands.”   “This is a small token of appreciation for veterans who have bravely dedicated their lives to defending our freedom.” “This pass conveys our immense gratitude and respect for those who have given so much,” said National Park Service Director Chuck Sams. “As a veteran, I know firsthand the many sacrifices that members of the Armed Forces and their families have made in service to our country, and I am thrilled that Gold Star Families and military veterans can now enjoy lifetime access to national parks and other public lands.” Each lifetime pass covers entrance fees for a driver and all passengers in a personal vehicle (or passholder and up to three adults at sites that charge per person) at national parks and national wildlife refuges, as well as standard amenity fees at national forests and grasslands, and at lands managed by the Bureau of Land Management, Bureau of Reclamation and U.S. Army Corps of Engineers. Veterans can present one of the four forms of acceptable ID (Department of Defense ID Card, Veteran Health ID (VHIC), Veteran ID Card, or veteran’s designation on a state-issued US driver’s license or ID card) at participating federal recreation areas that normally charge an entrance fee. Gold Star Families obtain information, self-certify they qualify and download a voucher on NPS.gov.