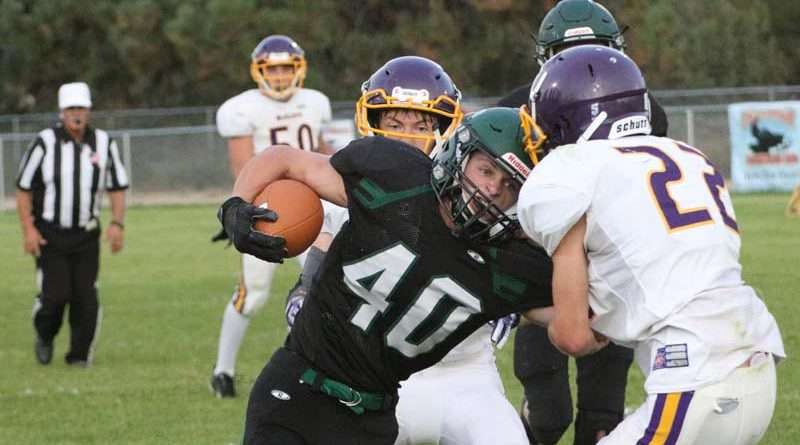 Chester football has made a terrific beginning with three victories. They beat the Redding Christian Lions 14-6 in the season opening away game Aug. 30 then brought the winning home to Chester as they won in a close game against the Burney Raiders, 22-20.

Last Friday, Sept. 13, the Volcanoes continued their streak, as they were victorious over the McCloud Loggers, 57-0.

The Loggers came to the field with just eight players and when one was injured before halftime, the McCloud team was forced to discontinue play for the second half.

During the first half of the early 5 p.m. game, fans experienced the very best of fall conditions — warm weather and clear skies. The show on the field was spectacular to boot.

Chester’s Callum Kremer ran and ran and ran. Stats were not yet available at press time, but will be ready for next week. Quarterback Kameron Stelzriede provided consistency on the field, as did Michael Bereznak with outstanding kicks for the Volcanoes.

The Raiders took the lead in the first quarter with two touchdowns while Chester scored a TD and 2-point conversion, 12-8. No points were scored in the second quarter. Burney scored a touchdown and a 2-point conversion in the third quarter to widen their lead. Chester came back smoldering hot in the fourth quarter, held those Raiders fast, and scored two TDs plus both extra points to win the game.

Neither team allowed a score in the first quarter. Redding scored a TD in the second quarter, but was not permitted any extra point. Neither team scored in the third quarter as the Lions held the lead.

Chester came out burning hot in the fourth quarter and scored two touchdowns and two extra points to win the game in front of the Redding fans.