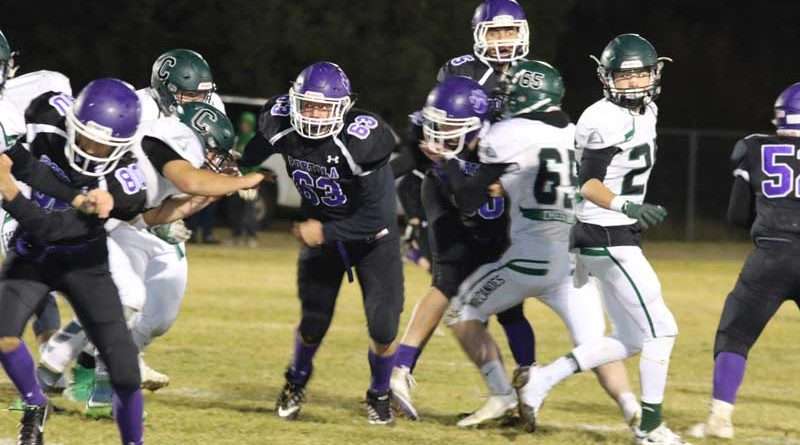 From the far ends of Plumas County, the Portola Tigers and the Chester Volcanoes met on the football field of the Bob Wise Memorial Stadium Oct. 20. Having the home field advantage didn’t seem to help the Tigers much as they were defeated 50-0 by the Vols.

The Vols are having a very good season, sitting at 7-1 overall and 3-0 in the league. The Chester Volcanoes play an away game in Maxwell this week Friday, Oct. 27. The Maxwell Panthers are 3-5 overall going into the game.

The Vols battle the Burney Raiders in Chester for the last regularly scheduled game of the season on Friday, Nov. 3 at 7:30 p.m.

Coincidently, the Tigers will also have their last game of the season in Burney but it will be this week on Friday, Oct. 27.

The Tigers appear to be a winning team when measured in effort, including coaching support staff, and by the enthusiastic dedication of their fan base. “I can’t be more proud of the 12 young men we suit up every week,” said PHS head football coach Joe Sanchez. “Even though the outcome is not in our favor … our players never quit.”

This season the Tigers won 48-0 against Delta Charter and 14-0 against Valley Christian. When they face the Raiders this week for their last game they will be playing a team that also has two wins.

But having the highest score isn’t the only goal that coach Sanchez has for the boys. “With half of our Varsity (team being) sophomores … we are gaining invaluable life experiences,” said Sanchez, “which will make our players not only better on the field … but in life. Which is far more important.”