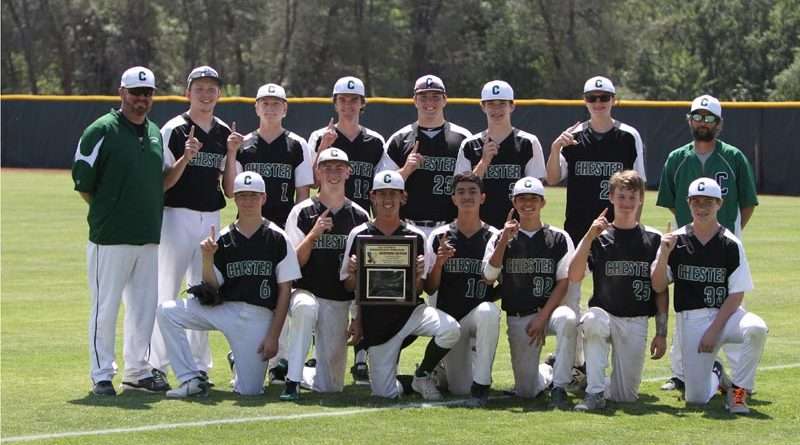 The Volcano boy and girl ball players ripped through the competition during playoffs and the final championship games.

The CHS boys played against the Anderson Eagles from American Christian Academy on a stormy May 15 in Chester. Parts of the county experienced lightening and hail, but the weather prevailed through to the end for the Volcano win.

The boys had a tough time figuring out junior pitcher Connor McCoy who kept the Vols scoreless through to the bottom of the fourth inning. The visiting Eagles scored a run in the first inning and in the third. Sprinkles threatened a downpour that might end the game, but no. The Vols held tough and got on the board in the bottom of the fourth inning with two runs to even things up.

The Vols then headed off to play the Loyalton Grizzlies on May 19 at Butte College for a chance at the first-place title in the CIF Northern Section Division 6 Championship.

The Volcanoes were seeded number two and played their Sierra Valley neighbors, the number one seeded Loyalton High School Grizzlies.

There was just no stopping CHS. Senior Burt hit three; two were doubles, and scored one. Burt’s three hits each resulted in a run scored for CHS. Branch hit one and crossed home plate twice. Bereznak, Flores and Stelzriede scored the balance of the winning Volcano runs.

“Adam (Branch) was selected as MVP by all the coaches in the Five Star League,” said Jenn Branch. “The All-League selections for Chester are Justin Burt, Jake Sarmento, Michael Bereznak and Tyler Davidge.”

The Five Star League also honored Chester head baseball coach and Athletic Director Aaron Hardesty as Coach of the Year. “I’m proud of the guys,” said Hardesty. “We set goals and they worked every day until we accomplished each one of them.”