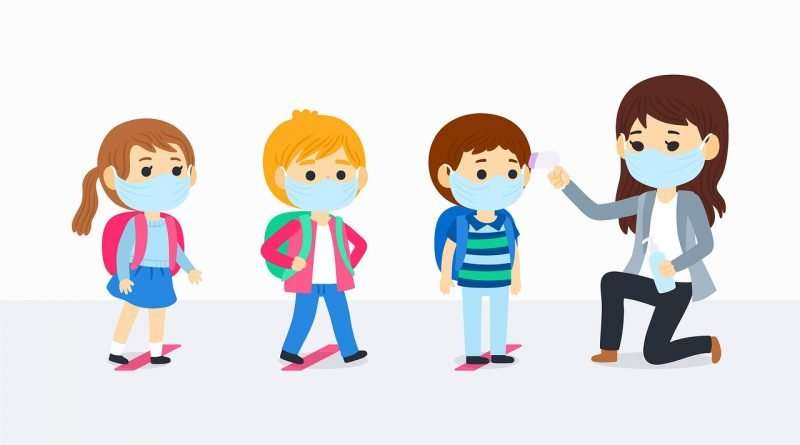 When rumors began swirling at the beginning of this week, Oct. 26, regarding positive coronavirus cases at Plumas Christian School in Quincy, Plumas News sought to confirm that information — but Public Health couldn’t confirm it, and a call to the school went unanswered.

Earlier this week, Public Health Director Andrew Woodruff said, “If/when we do have cases in schools, Public Health will work closely with that school. Given the smallness of our communities and importance of protecting family information, we will not necessarily be releasing specific school information.”

But during an interview this morning, Oct. 30, Woodruff clarified how the information would be presented. He said Public Health would not make such announcements; but rather it would be up to the schools to disseminate the information.

When contacted earlier this week, Plumas Unified School District Superintendent Terry Oestreich said that the school district would be sharing information in the event of a positive case. “We would share the school,” she said. “For example, we would announce that there was a confirmed case at Quincy Elementary School, Alder campus.” More specific information would be shared with those that had contact with the individual such as which class was involved.

Taletha Washburn, the executive director of Plumas Charter School, said that Plumas Charter would also release information if there were a positive case at a school site.

Both she and Oestreich have protocols in place and would be working with Public Health during the process.

Oestreich said that Dr. Mark Satterfield, the county’s health officer, has said that cases are going to happen. She said that while parents are concerned about that potential, they “are more confident with our protocol” for school attendance, which includes not allowing visitors on campus except by appointment, screening students before entry, allowing half the number of students in a classroom, requiring mask wearing, and enhancing sanitization.

Washburn said that protocols are in place for attending school, as well as what to do in the event of a positive case and all staff have been trained. She complimented school nurse Danielle Wagner Plocki for the effort that she put into developing the protocols, as well as training videos and a handbook. Parents were required to read and sign off on the handbook.

When a case is confirmed, Washburn said that based on guidelines that they have developed, they would determine whether a cohort within a school or the entire school would be impacted.

As for Plumas Christian, it has been confirmed that one student tested positive, as well as a parent of another student.