Skip to content
Opinion Where I Stand
June 6, 2022 Editor 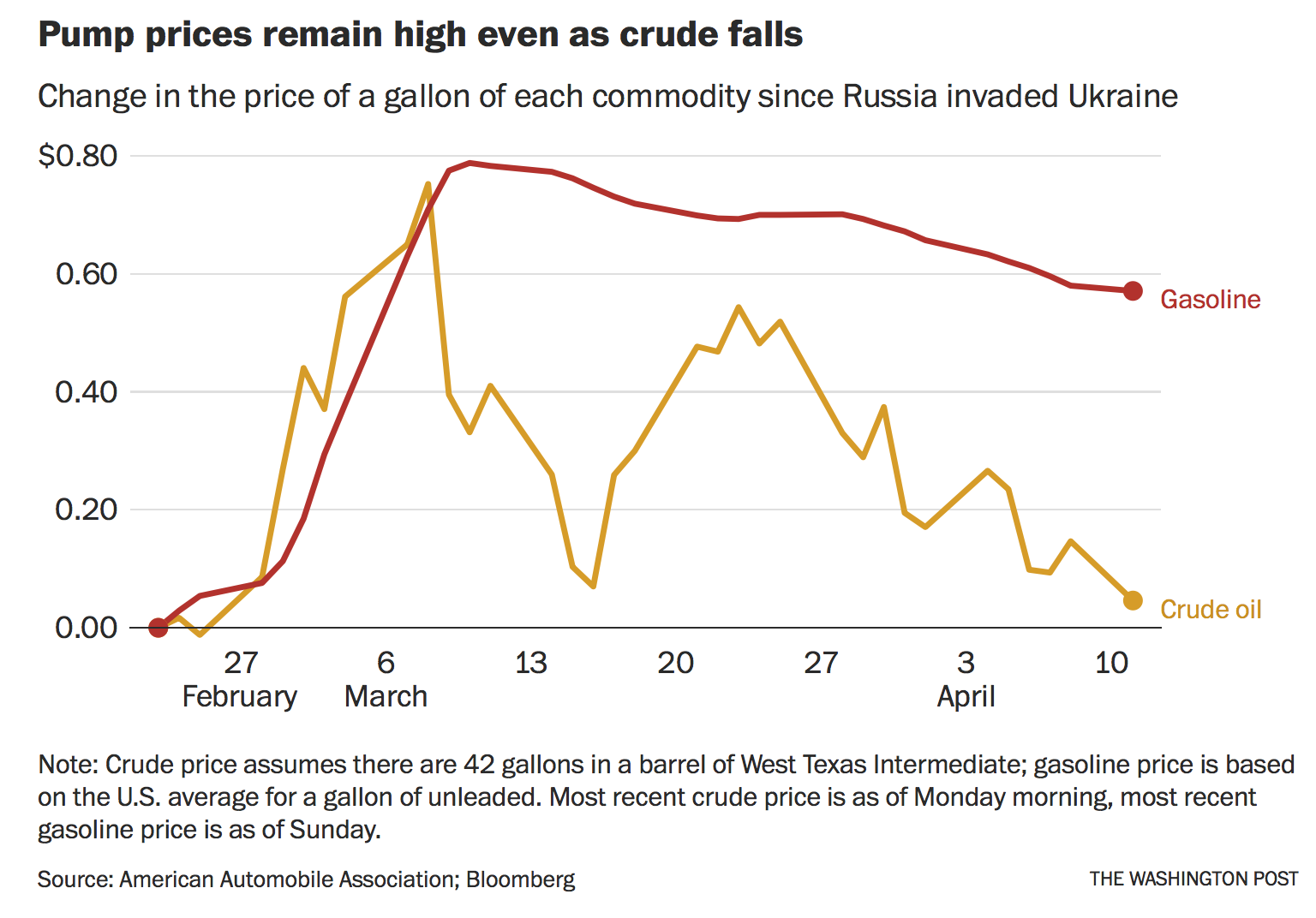 Okay, I’m finally going public.  Pump prices have been high enough for long enough to get citizens steaming.  My own limit came this week from a different irritation.  Not from high prices, but because someone posted a sign on a gas pump with the message, “Thanks Joe,” and my state senator hit my mailbox with a message containing this, “…years of misguided ideologies, put into practice by bad policies, have turned the state into an expensive dystopia…With a record surplus, it only makes sense to give Californians the much-needed financial relief they deserve.”

Such statements should have been preceded by introspection like “Why is inflation currently the highest in 40 years?” and “Why are we paying so much for gasoline?”  I’m betting this anger is generated by the end result and not long-term causes.  Sensational news coverage doesn’t help.  Could a two-year pandemic and supply chain difficulties have anything to do with these higher prices?  How about Russia’s invasion?

The only present-day connection between a head of the federal Executive Branch and oil is the Strategic Petroleum Reserve (which the current president unlocked over a month ago to increase crude oil supply).  The remaining influence over our pump price is outside of the Executive Branch.  Fossil fuel companies and federal regulations control all the rest of extraction, transport, and refining activity.  Possibly, anger should be directed toward the self-interested fossil fuel corporations or the amount of congressional action that balances business opportunity with consumer protection.  Read those as lots, and none.

A worldwide oil market has existed for decades.  When the Trans-Alaskan Pipeline was finished in 1977, it was because the last political (not engineering) obstacle was satisfied.  The pipeline was built by the oil majors without government help, but conditioned on government approval.  The compromise was that all pipeline oil would come only to U.S. refineries.

It was by Executive Order that President George H.W. Bush freed this oil to non-US markets.  We are now completely in a world oil market for both crude and refined petroleum products, just as we are for natural gas (methane that when exported goes through the energy intensive process of liquifying and compressing).  Other than leasing bids and permissions by our government for drilling and extraction rights on federal lands and waters—the fossil companies are in command.

It’s both puzzling and frustrating to witness political hay being made by blaming presidents or state policies for fuel prices when retailers are partially captives of the fossil giants, as we all are.  The Washington Post recently explained this.  When there are obvious and perceived rises in supply prices as supplies shrink, the “Rockets and Feathers” situation begins.  The public realizes prices are rising, but as acceptance creeps in, the controlling forces are slow to lower retail prices even as supply prices dip.  Prices are said to go up like a rocket and down like a feather.

Since Russia invaded Ukraine on February 24th, prices have been unstable.  By March 6th, crude oil prices had risen by 77 cents per gallon.  Gasoline rose by 79 cents per gallon.  As of April 10th, crude oil dropped by 75 cents but gasoline only came down by a dime.  The difference is profit.  So, if we followed my state senator’s advice, the state would spend money to ease the pain of citizens’ increased costs while subsidizing an extension of price gouging by the oil companies.  Are you aware that the federal government is still providing billions yearly in tax incentives to the fossil giants?  Our state senator’s recommendation would help to keep the feathers airborne longer, providing a second source of subsidy to fossil companies.

In addition to sending additional fuels to Europe while those nations attempt to starve the Russian petroleum sales that fund a war machine, there is concern about the coming winter if the Russian methane spigot remains closed.  Europe moves at a faster pace to incorporate renewable energy than we do, but the timeline for ending their dependence on Russian gas will take time.  I don’t mind paying more for gasoline but would prefer that Congress would regulate the fossil majors better.

Personally, I have no objection to exporting more to Europe to protect them from Russian gas cut-offs next winter and I don’t want other resource-powered authoritarians around the globe making arms purchases with resource money.  This is why the best investment we could make is to maximize renewables in every sector of our economy.  Our investment would stay at home, it supports climate defense, it develops a sustainable sector to grow our industrial output, and it preserves petroleum for chemical feedstocks, lubricants, medications, plastics, rubber, and other products as we electrify.

The current situation helps to emphasize the geopolitical benefit of shifting to renewable energy.  No foreign power can extort your supply of something you can make on your own within your borders.  Making resource-funded despots extinct would be a good thing.  Taking away criticism opportunity from politicians and overly sensational media sources would also be helpful.

Enshrining the status quo will not solve climate change (as we have been repeatedly warned).  Change must come for our survival.  Skeptics and anti-regulatory actors should open their eyes and shut their mouths.