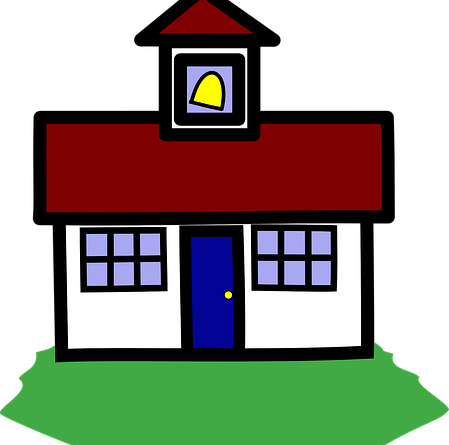 Plumas Unified School District’s two Indian Valley campuses remain intact — Greenville High School and Greenville Elementary School — but due to the area’s devastated infrastructure and difficult cleanup, both are unusable at this point. The district also owns the former Taylorsville Elementary School, which has been used by Sierra Institute to run camps.

Could Plumas Unified and Plumas Charter somehow work together to open the two Taylorsville educational sites for their students?

It’s possible say both Taletha Washburn, the director of Plumas Charter School, and Plumas Unified School District Superintendent Terry Oestreich. They have been discussing the potential this week and met again yesterday.

“No decisions were made,” said Oestreich during an interview this morning, Aug. 13. “We’re in a little bit of a holding pattern.” Some of that is due to logistics — what needs to be done to Taylorsville Elementary School to accommodate students — and some of it is determining how many students would be in the area to attend the schools. And there is also a piece that has to do with whatever agreements would need to be worked out between the entities to teach students.

As for logistics, the Taylorsville Elementary School needs a new roof and a contractor is scheduled to be on site Aug. 23. The HVAC system needs to be checked out and then there’s the business of removing 60 bunk beds (that had been used for the campers) and reverting the rooms to classrooms.

Tracking down the students could be the more difficult challenge. There were roughly 300 students in the Indian Valley schools pre fire. Some remain in the valley as their homes are unscathed, but others are scattered about northern California as they remain under mandatory evacuation notices or their homes are destroyed.

Plumas Charter Director Washburn said it’s their intention to offer TK through 12th-grade instruction in Taylorsville. The Indian Valley Academy offers 4.5 instructional spaces, with the largest room being able to accommodate 25-30 students, and the smallest about 10. It’s her goal to find more space and she is considering options, including adding mobile space to an adjacent lot.

Washburn said that she met with Superintendent Oestreich to discuss the situation, and no decisions were made so “we will keep going with our plan.”

If it’s up to Greenville teachers, they would like to be in Taylorsville.

Fourth-grade teacher Heidi Kingdon addressed the Plumas Unified School District governing board Aug. 12. She told the school board that the “kids have been displaced, they’re scared. Let’s not give them one more stressor.”

Her daughter also addressed the school board saying that she would like to go to Taylorsville Elementary until she could return to Greenville Elementary. “I have been evacuated for almost a month and some of my friends lost their homes,” she said. “I want to go to school in Indian Valley because that is where my school is, even if my house burns down.” (As the school board meeting was being held, the fire was still burning very near to homes in the Indian Valley area.)

Maria Johnson, a first-grade teacher at Greenville Elementary, said, “Just a week ago today our lives were changed forever.” She described the last three weeks, the two mandatory evacuations, the last of which, “We literally had to run for our lives.”  She described Taylorsville Elementary School as the “perfect option for us.”

Suzanne Stirling, the Plumas County Teachers Association President, but who was talking as a citizen said she was born and raised in Greenville. She described what the past month had been like evacuating herself from Meadow Valley and then helping her mom and sister evacuate as well, through numerous temporary locations. She empathizes with all of the families.

“If we lose the possibility of educating our children in Indian Valley, we will not have a valley,” she said. She implored the board to use Taylorsville Elementary School in any way possible and to actively look for collaboration with the Charter School at this point in time.

Sixth-grade teacher Shannon Philips, said, “We need to keep our kids in the valley.”

Nicki Rodriguez has three daughters who attend Greenville Elementary, and they want to be able to attend school in Taylorsville to be with their friends.

The overall consensus was that the children have been through enough and do not want to disrupt their young lives more than necessary — especially when there was a viable option.

It’s unknown when the start date of school would be for Indian Valley. As of now students in Portola and Quincy, will return to school Sept. 7.

In Chester, both PUSD and Plumas Charter, are deferring a decision until the area is repopulated and services are restored.