Skip to content
Opinion Where I Stand
February 12, 2020 Matthew R. Bailey, President of the Foundation for Biomedical Research

The World Health Organization has officially declared the Wuhan coronavirus outbreak a “public health emergency of international concern.” Already, over 560 people have died. Tens of thousands of cases have been reported in two dozen countries across Asia, Australia, Europe, and North America. Hundreds of people in the United States are being tested for the infection.

Fortunately, several U.S. companies are working to develop a vaccine. Two of those firms say they’ll be able to begin testing in animals within a month.

The fight against the Wuhan coronavirus is only the latest example of how crucial animal research is to medical advances. Yet just over half of Americans oppose animal research, according to the Pew Research Center.

Perhaps an animal-derived coronavirus vaccine will change their minds.

Coronaviruses are respiratory illnesses that incubate in livestock. Once these viruses cross the species barrier, from animal to human, they can be transmitted from human to human.

Researchers believe the Wuhan coronavirus was first transmitted to humans from a live wildlife market that has since been shut down. They are working to trace the origin of the virus in order to better understand how it spread among wild animals, who in turn infected humans.

Fast-forward to the summer of 2012. Another deadly coronavirus popped up in the Middle East. This variant — “MERS,” for “Middle East Respiratory Syndrome” — was especially vicious, killing one of every three people it infected.

Research in animals has shown how the coronavirus that causes MERS can adapt to infect new species. One experiment involving 16 bat species discovered that the virus could not efficiently enter cells with receptors from the common vampire bat. After several generations, the virus eventually evolved to adapt to those vampire bat receptors.

Scientists believe these and other findings related to the different types of coronaviruses could help develop a vaccine.

Vaccines for many other diseases have their genesis in animal research.

Consider the measles vaccine, which has saved about 20 million lives over just the last two decades. In the 1960s, scientists experimented with cell cultures extracted from chick embryos. They refined the vaccine over seven years of animal research before packaging it with vaccines for mumps and rubella in 1971.

Or take the polio vaccine. After nearly 40 years of research in monkeys and mice, scientists produced an effective vaccine in the 1950s. That vaccine has prevented 18 million people from becoming paralyzed — and saved the lives of an estimated 1.5 million children.

In recent years, animal research has delivered vaccines much more quickly. In 2013, a vicious Ebola strain popped up in Africa and quickly grew into a pandemic. Existing treatments proved ineffective; the virus ended up killing 11,000 people. 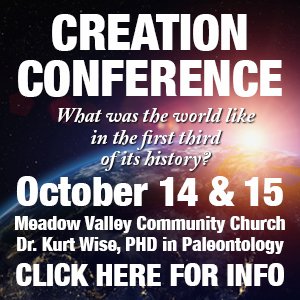 When Ebola re-emerged in the Congo in 2018, the World Health Organization quickly dispensed the new vaccine, prevented another pandemic, and saved thousands of lives.

The end of the coronavirus outbreak is not yet in sight. But that end, when it arrives, will be the product of animal research.

This piece originally ran in the International Business Times.

Where I Stand: Importance of local hospitals – Seneca on the ballot

By Dale Knutsen Lake Almanor West               Very soon we’ll all be receiving our ballots for the November election. …

Letter to the Editor: Kudos on the EPHC Therapy and Wellness Center

Kudos to EPHC for embarking on a Therapy and Wellness center on the Portola hospital grounds. I am so happy…

Letter to the Editor: We Are Not Divided

Ask anyone you know if they agree with this: “We used to say that money buys power.  Now power…

If you haven’t yet seen Parallel Lives at the West End Theatre, it’s not too late! I attended on opening night…

Letter to the Editor: With regard to Hawkins

I am the former Head Baseball Coach at San Jose State University. I spent 31 years there, 25 as the…

Letter to the Editor: Solutions before production