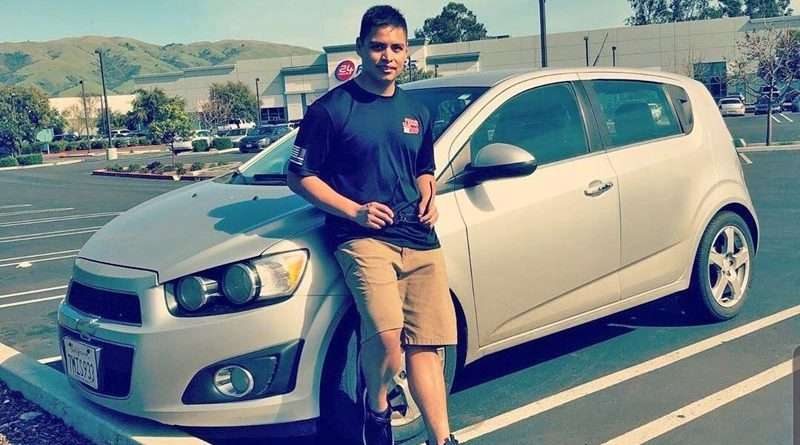 When Henry Corral-Millan failed to show up for work at the Mohawk Ranger Station last week, a search ensued. The 23-year-old, first-year firefighter died in a single vehicle accident near the Whitehawk Ranch Golf Club as he was returning from visiting his hometown of Turlock. Photo courtesy of USFS
News
September 11, 2019September 13, 2019 Debra Moore, Managing Editor

When a young firefighter failed to show up for work, his coworkers reported him missing. Two days later, Caltrans workers found the firefighter in the wreckage of his vehicle that wasn’t visible from the roadway.

“It is with a heavy heart that I announce the passing of Henry Corral–Millan,” said District Ranger Matt Jedra. “Henry passed away earlier this week from a motor vehicle accident on his way to work.”

The 23-year-old Turlock resident and first-year firefighter was assigned to Engine 311 at the Mohawk Ranger District.

He had been returning from a visit to his hometown of Turlock over the Labor Day weekend. When he failed to show, a missing persons report was filed.

His phone pinned to the Graeagle Tower, but his phone was off. Forest Service personnel checked all trail heads in the Lakes Basin area, but were unable to locate him or his vehicle.

The CHP and sheriff’s deputies also looked for him.

On Sept. 4, at about 12:45 p.m., Caltrans workers were in the area working on guide markers near Whitehawk Ranch and located a vehicle over the side of Highway 89 near milepost marker 1.00. No part of the vehicle was visible from the roadway.

In its report, the California Highway Patrol reported that a 23-year-old was driving his 2013 Silver Chevrolet Sonic northbound on Highway 89, approaching Whitehawk at an unknown speed approaching a left curve in the roadway.

For an unknown reason the vehicle left the road and traveled for a short distance down the dirt and grass shoulder and hit a large pine tree about 25 feet from the roadway. After the collision with the tree, the Sonic went down an embankment and came to rest on its wheels. The vehicle sustained major damage and Corral-Millan was pronounced dead at the scene.