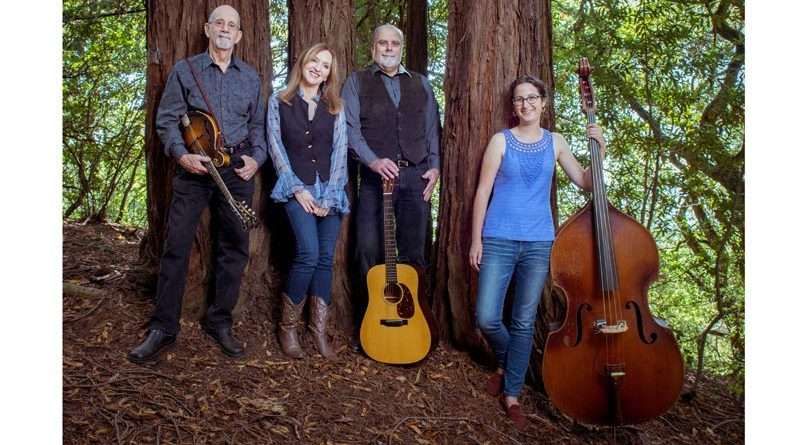 “This is OUR festival,” said Fair Manager John Steffanic, “and it’s OUR chance to welcome visitors from across the West Coast to Plumas County.”

The 2019 Plumas Homegrown Americana Festival was born with the idea that we can produce and promote a top-notch regional music festival locally. Plumas residents have witnessed the tremendous success of outside companies producing music festivals utilizing the Plumas fairgrounds facility. But the money leaves with the companies doing the production.

The best thing about the fair manager’s idea to host a festival “ourselves” is, the money stays here. “The benefits are great; all revenue stays here, it promotes visitors to our area, and it improves our image as a destination for other events,” said Steffanic.

Americana/Bluegrass music is very popular with people who like to, and are willing to travel observed Steffanic. “By having a multi-day event like this, the local population increases temporarily.” Those visitors spend money. How much?

There have been studies made, but the fair manager points out that if each family that visits fills up their vehicle at least once, visits one restaurant, and spends another $50 on whatever, that would equate to around $15,000 spent locally for every 100 people that attend an event. That is all “plus” money, meaning it represents sales of goods and services that would not have been made without the event.

Steffanic points out that these visitors then go home, so we reap the benefit of more people spending money, without the added impact of more people living here all the time. “Maybe a few of them do decide to move here, but that sort of growth is measured and usually represents a favorable demographic,” said Steffanic.

The Plumas Homegrown Americana Festival, in two short years, has already generated a good reputation amongst the performing Americana community, and word is spreading exponentially with festival-goers that it is a wonderful experience. A major part of the positive reputation credit goes to the community as a whole who have offered welcoming attitudes to visitors.

“The number one feedback the festival has received is that attendees feel like they are being treated as part of the community,” said Steffanic. “That is our hook. I spend more time than most would on the phone with people interested in attending. By the time they get off the phone, they feel like they are coming to a family BBQ!”

You don’t get that from any other event of this size. The challenge is, can that feeling endure?

Steffanic said it really comes down to whether or not the community shares ownership in the event. So far, he says he is beyond pleased. “Locals have been absolutely wonderful to the festival visitors,” he bragged, “I couldn’t be prouder than when some Southern Californian stops in my office to tell me how wonderful everyone was to them Downtown.” That is why he anticipates the Plumas Homegrown Americana Festival will become one of the premier regional festivals within five years. “Then fairgrounds planning can start on whatever is next,” said Steffanic.

It doesn’t hurt that the festival features major quality entertainment and that locals can enjoy the event alongside visitors to the area.

“These are the same level of performances anyone can see at the most well-known bluegrass and Americana festivals in the country,” said Steffanic.

A headliner since the first festival is Peter Rowan, who has insisted on returning because he enjoys the venue and audience so much. Rowan will perform Friday night (Aug. 30) alongside the Zinger Phillips Band on the main stage.

Saturday night will feature the award-winning Wendy Burch Steel & Redwood playing a unique cross-section of genres incorporating all the good and sweet aspects of folk, old-time, country, bluegrass and blues.

Along with them will be a band pointing audiences toward the future of bluegrass; North Country Blue. “Wendy Burch Steel & Redwood showcases a line-up of seasoned musicians, and North County Blue is comprised of talented teenagers that will blow your socks off,” said Steffanic.

Sunday’s headliners are the Newport Nightingales from Portland, Oregon. “They fall under the category of Americana, but nowhere near bluegrass!” said Steffanic. This trio of young singers with top notch back-up bring out an Andrew Sisters vibe that you haven’t heard in quite a while; totally fresh and entertaining. Folks can twist a heel and swing a hip to music of the 1930s that carried America through the great depression and reflected our recovery after 1941.

Although these groups are listed as headliners, the truth is, any of the groups performing at this year’s festival could have filled those headliner slots.

On Saturday, the festival welcomes back Sourdough Slim, along with Bob Armstrong, singing cowboy music and spinning Old West Yarns. Along the same vein, Cowboy Poet Tony Argento of Vinton fame will perform a couple of times on the Old Town Stage.

In the same high caliber category as our out-of-area musicians performing, local band members of Now & Then will appear on stage this year as well as Lilah Washburn and the Quincy Pickers as they represent the abundance of musical talent in Plumas County.

Now & Then, featuring legends Hank Alrich, and Dave and Shelley Johns, will kick off the festival performing Friday at 3 p.m. on the Pavilion Stage.

“These musicians are well known and respected in the larger bluegrass community and we’re honored to have them represent our local talent,” said Steffanic. Johnny Walker and his magical harmonica will perform the National Anthem on the main stage Saturday night, around 5:50 p.m.

“Any family event like this would not be complete without a horseshoe tournament, or a cornhole tournament for that matter,” said Steffanic. The Quincy Elks have stepped up to make that happen with horseshoes on Saturday and cornhole on Sunday. Cash prizes, obnoxious trophies and T-shirts are all part of the fun. Entry forms can be found on the website plumasamericana.com.

More and more food and drink vendors are discovering the event, so there will be plenty of options to eat, as well as wine and beer. “Top the whole shindig off with one of the major square dance gatherings in California, and you just can’t find a better way to spend a Labor Day Weekend,” said Steffanic.

Speaking of the square dancing, Steffanic added, “If you did nothing else besides sit outside the Tulsa Scott Building in the evening, and watch the dancers in their bright costumes swirling around inside the building, you will have gotten your money’s worth.”

Tickets are “cheap,” as Steffanic described them, $35. He claims when the event gets to the point where it is charging comparable prices to other established festivals, there will always be a special price for locals. In the meantime, he invites everyone to come out at take advantage of the low admission. Camping rates are inexpensive as well, so out-of -town family members have a low cost alternative but locals may want to stay at the fairgrounds to avoid the commute home after a day of good times.

Details, including performers, tentative schedule, ticket and camping options are all on the website plumasamericana.com.