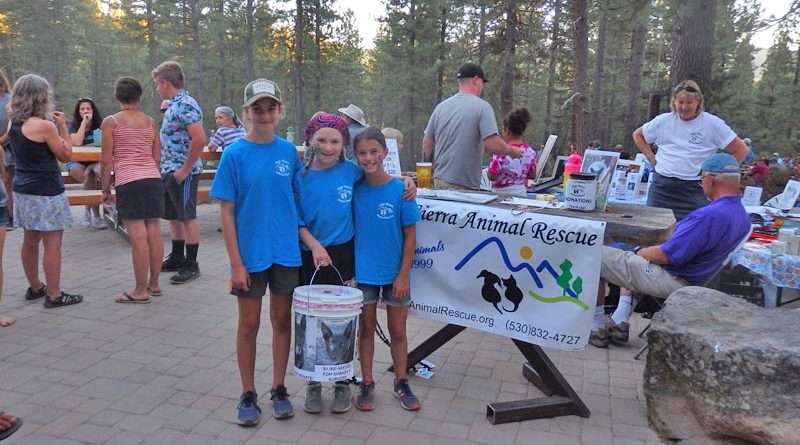 The young volunteers raised $801.59 at the event, covering all of Shandy’s recent $800 surgery at American Valley Animal Hospital in Quincy.

Shandy was found by animal control on the side of road A-24 in eastern Plumas. She had been run over by a car, and it appears she may have also been thrown from a car and abandoned in the area. She has mostly healed from her extensive wounds, but still has an infected foreign body that requires an additional surgery with a specialist.

HSAR is currently raising funds to pay for her medical needs, as well as seeking a foster or forever home for Shandy. Shandy is a young, energetic dog with lots of love to give.