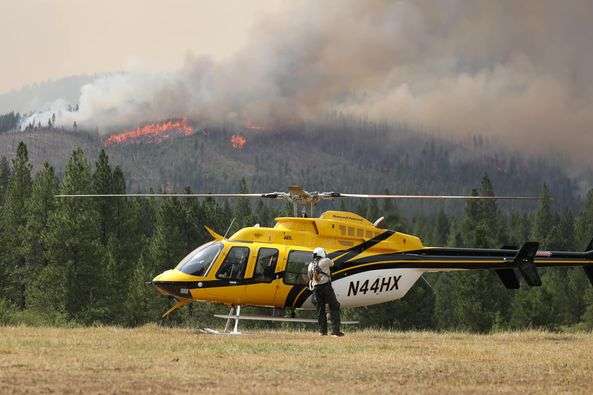 It’s Aug. 1 — time to flip the calendar and hopefully the trajectory of this fire. It’s steadily climbed the list of California’s largest fires – now at No. 11 — let’s stop here. At the height, more than 6,000 fire personnel were assigned to this fire, representing 27 percent of all personnel currently assigned to a major fire in the country.

This morning the Dixie Fire stands at 244,888 acres and is 32 percent contained. The latest numbers for structures destroyed and damaged are 45 and 22.

Fire continues to move toward control lines burning unburned interior islands and ridges as planned. Clouds decreased overnight as monsoon moisture pushed east of the region. Today, southwest winds will keep the threat of thunderstorms to the east of the fire area. Less smoke should allow the inversion to lift earlier for the west zone. Fire crews continue to construct and reinforce control lines, protect structures, fall trees that threaten containment efforts, and provide structure defense in communities at risk. Damage Inspection teams will continue their assessments of critical infrastructure and key resources.

In the Red Hill area, where the fire pushed westward and firefighters are working to prevent any further movement to the north.

In the Bucks Lake Wilderness, handline along the Pacific Crest Trail has closed the mouth of the pocket, which will narrow, as the fire burns in on itself.

The Evans Fire has intensified in rugged terrain in Indian Valley within the 2007 Moonlight Fire scar. Overnight, UAS were used to ignite the tall brush, heavy logs and dead trees, which are burning at high temperatures and challenging wildland firefighting efforts. There are currently 187 firefighters assigned to the 70-acre fire.