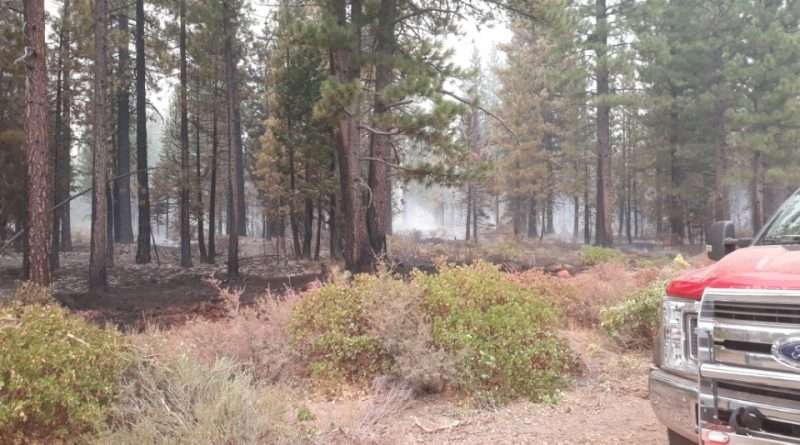 A low intensity fire burns toward Highway 36 outside of Westwood. A fire truck is positioned to watch its progress. Photo by Ken Donnell
News
August 16, 2021August 19, 2021 Editor

Good morning Plumas County. We know it’s been an awful month-plus, almost two months including the Beckwourth Complex, but there is nothing to do but keep moving forward and pray for snow. Not sure that rain will do it at this point — so snow — please.

But the next two days are going to be challenging as the winds are forecast to continue from the southwest, but then switch to coming from a northerly direction. During the West Zone presentation this morning, Operations Section Chief Mark Brunton said that could pose a greater threat to the communities of the Lake Almanor Basin.

As of this morning at 7 a.m., the Unified Command of the Dixie Fire — which now spans a host of agencies and five counties — is 569,707 acres and remains stubbornly at 31 percent contained. There are more than 6,500 personnel assigned to this fire. There is no estimate of a containment date for the fire that broke out July 13 at the base of the Feather River Canyon.

He reported that mop up continues on the Butte County section of the fire.

The Westwood sector — roughly the middle of the fire south of Highway 36 — is in mop-up status for  Chester and West Almanor. There will continue to be smokes, but crews will be available to address them. Moving further east, the East Shore, Peninsula, and Hamilton Branch are still looking good. “We have had a few spots to the east that have been picked up,” Brunton said.

There is active fire along Highway 36, and Brunton said that spot fires and erratic winds are resulting in firefighters slowly losing ground. A firing plan is in place to seal off Highway 36, “if we have to due to conditions and the expected weather event,” he said.

Moving further east to the division line with the East Zone, West Zone crews have been assisting with a firing operation on Dyer Mountain to protect the Almanor Basin communities from fire coming from the south. There is also a Janesville contingency branch to help protect the community of Janesville.

The part of the fire north of Highway 36 is the Lassen Sector. Crews continue to face significant challenges in Warner Valley, where a number of structures were lost; but a number saved.

A spot fire near Morgan Summit continues to grow and is now around 400 acres in the Highway 89/36 area, which presents significant danger to Tehama County.

The challenge also continues in Lassen Volcanic National Park, and it’s feared that the lightning fire will spread into the national park as well.

Around the top of the fire outside of the national park, the fire is looking good with heavy mop up underway. It will be wind-tested the next couple of days.

Brunton said that the forecasted winds could push the fire to the south, which presents a problem for firefighters, especially those trying to protect the Almanor Basin.

However, the change in wind direction could challenge all areas of the fire. In theory it would push itself back over areas that are already burned, but the fire has a wider arc as it has continued to grow so it also would burn back toward previously unburned areas, putting more communities at risk.

The East Zone of the Keddie Fire is transitioning to a new California Interagency Management Team today as Team 4 departs Team 1 arrives.

All lines at Keddie Point and into the North Arm of Indian Valley are holding and are supported by additional firefighters and equipment resources.

Fire continues to flank in the Peters Creek area and firefighter shave completed prepping Beardsley-Grade Road to the south.

The fire progressed to the south and east into the Walker fire scar and remains south of Fruit Growers Boulevard. Firing operations were conducted on Antelope Road to create a buffer in preparation for a south wind event. Control lines continue to hold around Lone Rock and the fire has not progressed in the Sheep fire scar. The fire continues to flank near Coyote Peak and Hamilton Mountain and firefighters will be constructing indirect and contingency lines. Firing operations around Dyer Mountain are ongoing and will continue into another night shift if conditions allow. 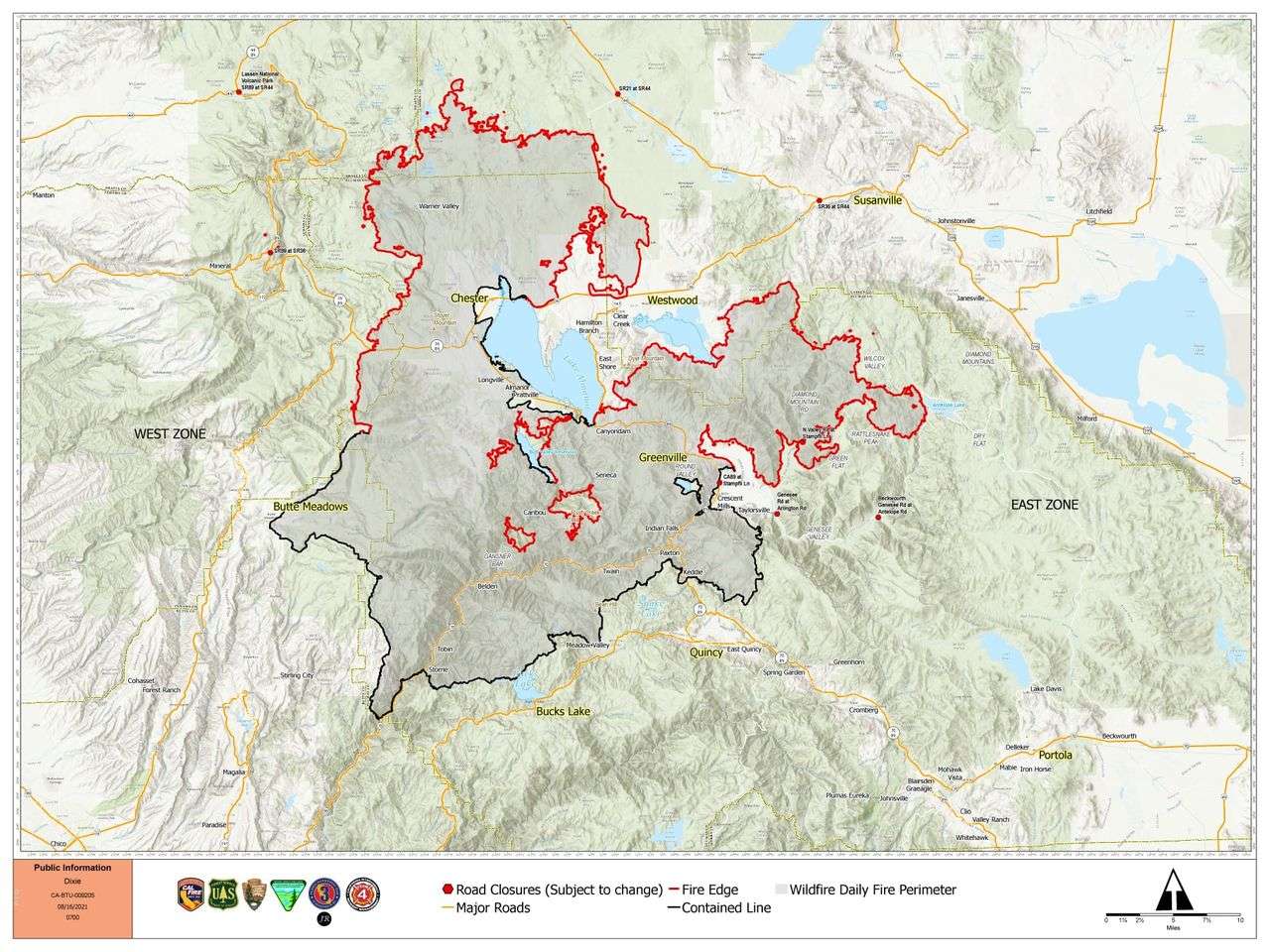