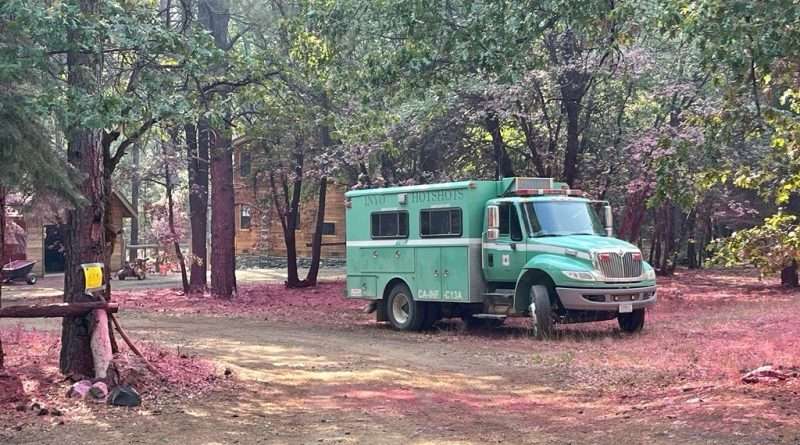 This is what structure protection looks like in Genesee. It's a scene that's being replicated throughout the Dixie Fire. Photo courtesy of USFS
News
August 23, 2021August 25, 2021 Editor

Cooperative weather continues to benefit crews working on the Dixie Fire — its growth has slowed and containment is growing. It is now 725,821 acres and is 40 percent contained as of this morning, Aug. 23. But there are still some trouble spots.

During this morning’s briefing Operations Section Chief Chad Cook said that the area of most concerns continues to be the Grizzly area, that has the potential to threaten East Quincy and the Highway 70 communities including Greenhorn, Spring Garden, Sloat and Cromberg. “The highest priority is to keep the fire out of this area,” said Cook, indicating the swath on the map that includes those communities.

Now that the Janesville/Milford areas are holding within the lines, Cooks said that crews from the West Zone are joining forces with the East Zone to prevent the fire’s spread toward those communities. Crews are building a series of dozer lines to stop the fire’s spread, including along Grizzly Ridge to Portola.

Yesterday Hotshot crews were able to get on both sides of the spot fire on Grizzly Peak, but it continues to grow, increasing the threat. Cook said that the area will continue to have firefighter presence for several, several weeks.

The other hotspot in the East Zone is Taylorsville/Genesee where crews continue to work to protect structures.

In Genesee Valley, resources continue to mop up around structures. Firefighters are going direct on the fire that has made its way down to the road as they continue to catch any spots or slops to secure it at the road. There are two spot fires on the south end of Genesee Valley.

In Taylorsville/Peters Creek, firefighters are going direct on the fire’s edge, mopping up and patrolling around structures. A contingency line above Taylorsville is being constructed. Cook said that there will be a fire fight in this area due to the terrain.

The eastern edge of the fire line toward the Janesville area remains secure with crews continuing to mop up hot spots
around the structures in Milford. On the southern edge above Antelope Lake, resources continue to work the fire’s edge to tie it into the lake. On the western edge, they completed the dozer work and are continuing to secure the
line, extinguishing heat along the way.

The major message out of the West Zone this morning is that when the morning smoke rises, there will be a lot of smoke columns visible, but none that would threaten containment lines — that’s according to Fire Behavior Analyst Brian Newman. The fire continues to burn fuels, sometimes heavy, within the fire’s perimeter.

As Newman pointed to various places on the map, he indicated that Janesville, Susanville, Mineral, Childs Meadow, the Almanor Basin, Hamilton Mountain and Silver Lake all fall under this category. There is no threat to homes, infrastructure or roadways in those areas. He pointed out that the fire in the Silver Lake area poses no threat to Highway 44 at this time, nor is A21 threatened even though smoke is visible from the roadway.

In the Butte Lake area of the fire, firing operations are contributing to the amount of smoke that is being produced. The work is being done to help prevent the spread of the fire.

Newman also mentioned that in the Chester/Westwood area, pine needles will continue to ignite in hotspots but again, there is no threat to control lines or structures.

Overall, Newman said to expect quite a bit of smoke and predicted that pattern will continue for the next few days. 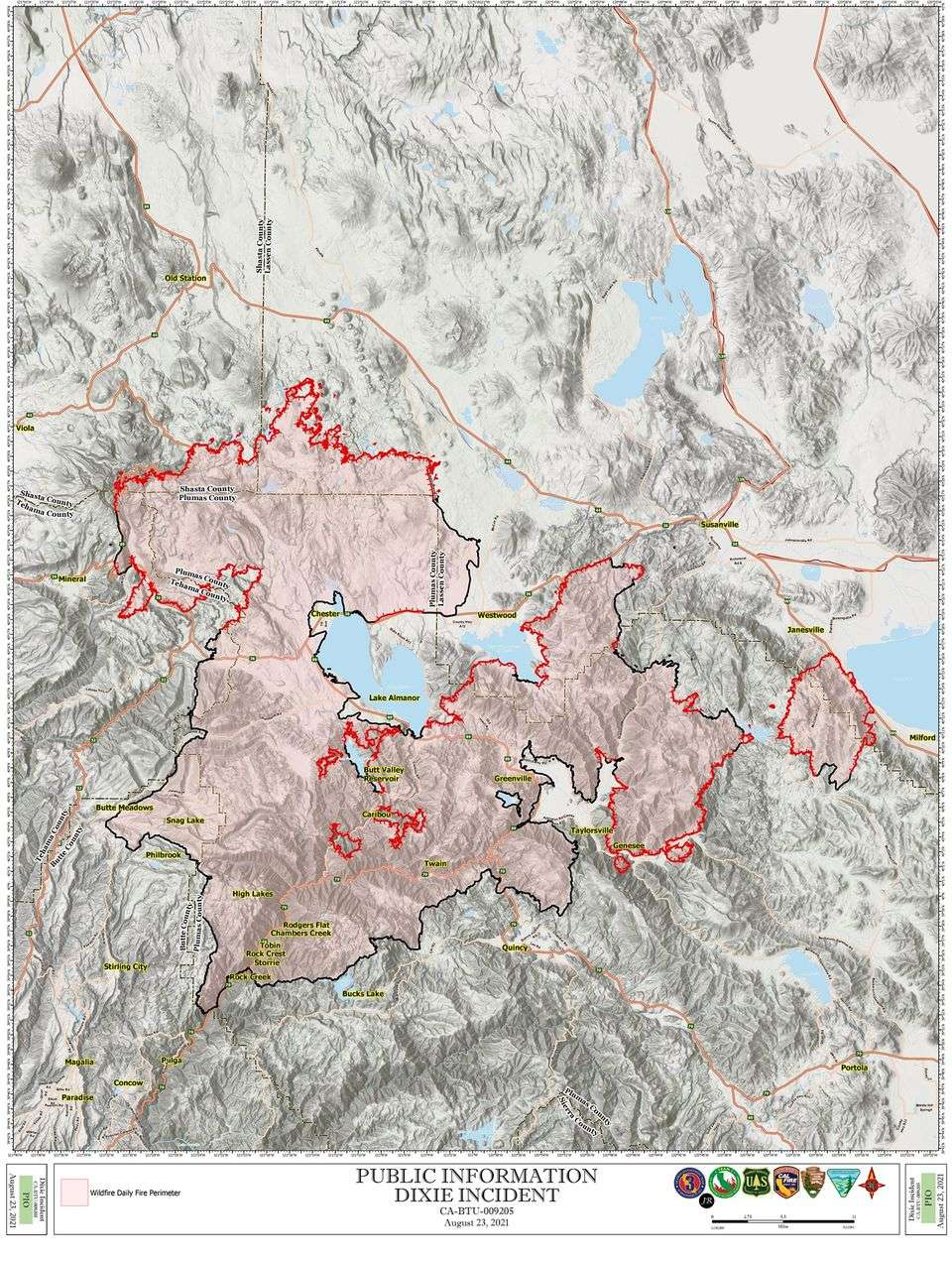 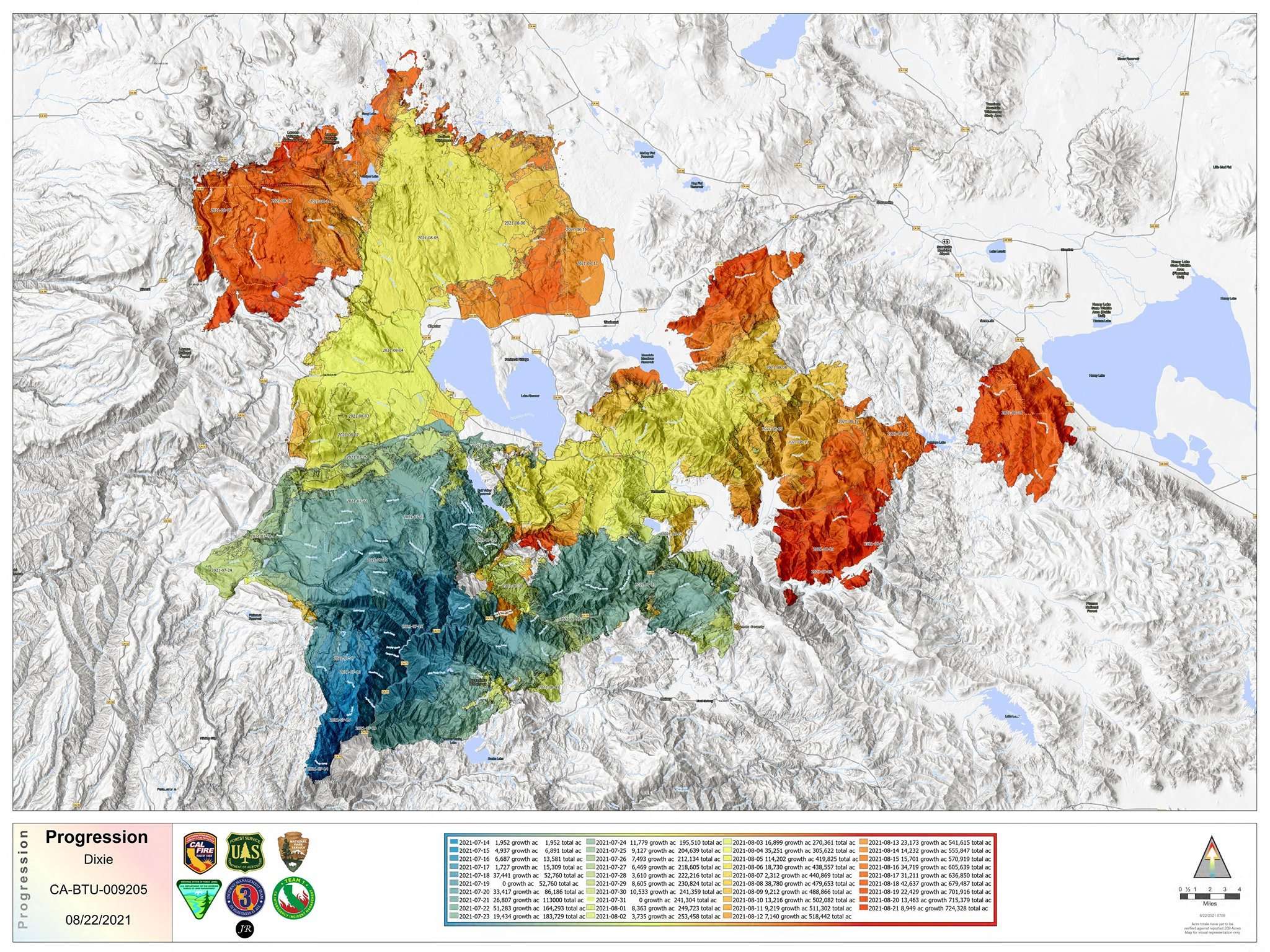 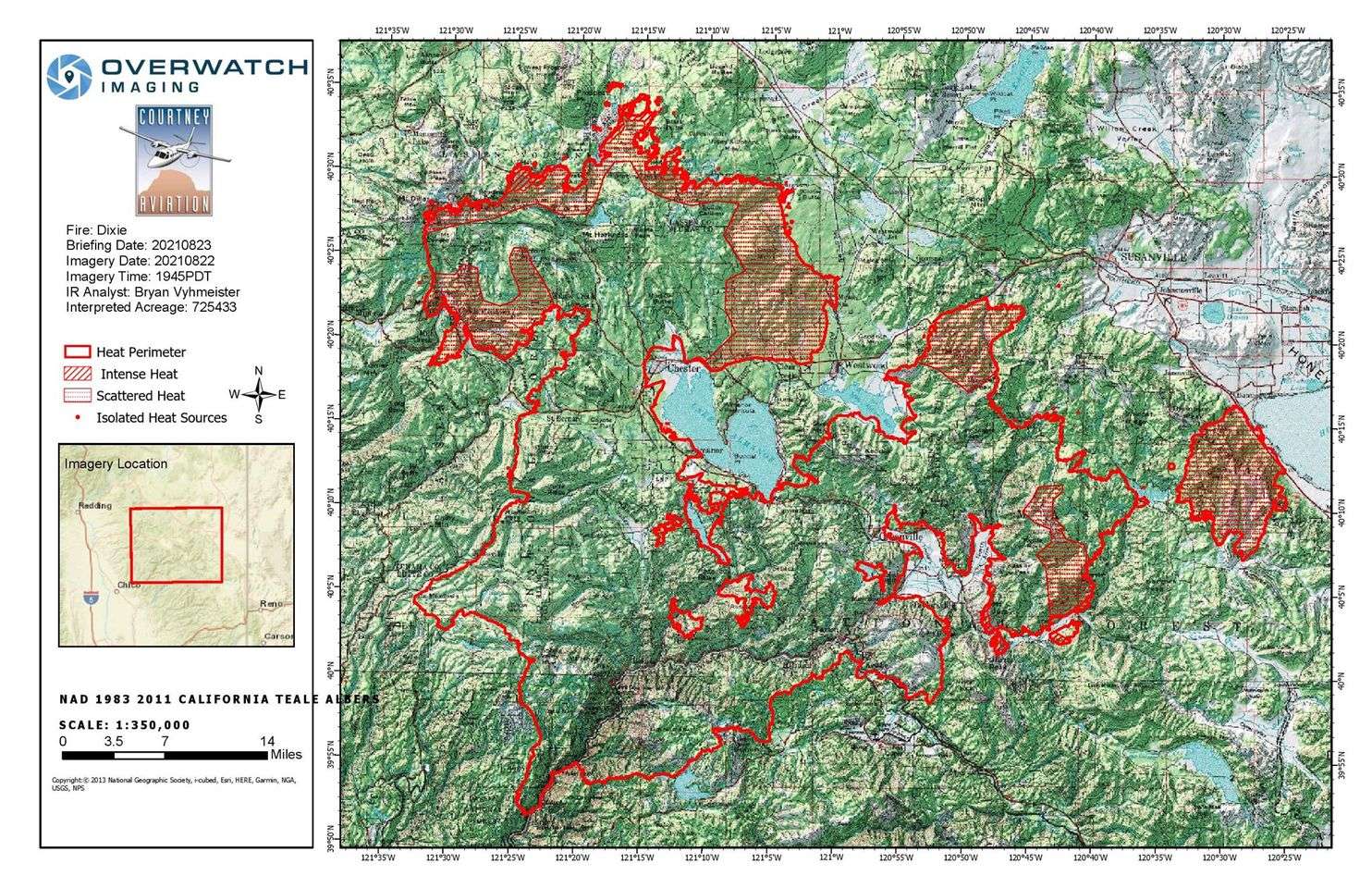