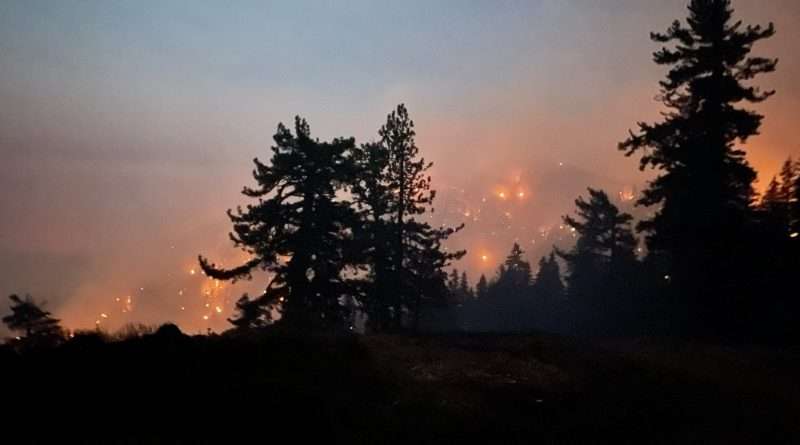 Looking east from the north side of Grizzly Peak. This area will challenge the firefighters this today and this weekend as the north winds arrive. Credit-Chris Childers Night Op courtesy of USFS
News
August 27, 2021August 28, 2021 Editor

Protecting the community of Taylorsville remains a priority for fire fighters on the Dixie Fire today, Aug. 27.  Work continues on improving control lines designed to protect Taylorsville by containing the western spread of the Grizzly spot fire.

Crews continue mopping up the fire at the base of Mt Jura on the eastern edge of Taylorsville.  Firefighters spent several days allowing the fire to back down the steep slope of Mt Jura.  The fire burned at a low intensity and was sometimes helped along by firefighters. Carefully adding fire to keep the fire front even prevents it from making runs and also allows firefighters to control the timing so the fire reaches the road at the base of the slope when conditions are favorable for control efforts.  There is always some level of risk until the fire is completely out, but the effort on Mt Jura appears to have been successful.

The remaining threat to Taylorsville is the western spread of the Grizzly spot fire.  Extremely steep slopes with heavy fuel loads in avalanche chutes make direct attack both dangerous and not likely to succeed.  Firefighters have employed aircraft and some strategic work by hotshot crews to slow the western spread of the fire.  At the same time they are completing a network of control lines designed to catch the fire when it moves onto ground more favorable for successful control efforts.  It is not clear how long it will take the fire to reach that “box,” but firefighters will be ready for it.

The Grizzly spot fire presents firefighters with some addition challenges.  Keeping the fire on the east side of Grizzly Ridge and away from the Highway 70 corridor is a major challenge.  Crews have been working hard for several days to establish a control line along the top of the ridge using a combination of hand crews, dozers, feller bunchers, masticators, and aerial retardant.

If the fire does cross the ridge, there are secondary and contingency lines that will give firefighters additional opportunities to keep the fire out of the Highway 70 corridor.

In addition to stopping the westward spread,  firefighters also need to stop the spread to the south toward Cromberg on the west of the ridge and Lake Davis on the east side of the ridge. Crews completed the dozer line around the Greenhorn Subdivision with the help of local fire departments, and more old dozer lines from the Claremont Fire in 2020 are being opened. Additional contingency lines are being worked on above Davis Lake.

The fire did grow on the north side of the ridge setting the stage for uphill runs that could challenge the line at the top of the ridge.

The other major activity on the fire is on the opposite end of the fire north of Lassen Park.  Crews are working to contain a slop-over and get fire lines completed along the northern perimeter of the fire. Satellite imagery shows plenty of active fire, although this edge of the fire does not appear to have spread significantly since yesterday afternoon except for a firing operation in the vicinity of West Prospect Mountain. Fire management officials are optimistic that they can hold the north edge of the fire where it is to protect the communities of Old Station and Hat Creek and prevent what could be significant spread to the north on the Hat Creek Rim.

Other areas of the fire remain quiet with mop up and patrol all around the vast perimeter of the fire and especially near communities.

The Dixie Fire is currently 750,672 acres.  Containment has increased to 46 percent and there are 4,753 personnel assigned.  Full containment is estimated for Sept. 30.

Firefighters frequently talk about spot fires and slop overs.  The distinction may not be important to the public as they both indicate fire outside of containment lines.  But the difference to firefighters is important.

A slop over is fire that crosses the fireline as a continuous fire front.  It is not separate from the main fire.

A spot fire is a fire that ignites outside of the line usually as the result of embers that are carried by the wind (short range spotting) or entrained in the smoke column (long range spotting).  It is initially not connected to the main fire.

Firefighters are constantly on the lookout for both, but spot fires are of particular concern because they can start at some distance from the fire.  If a firefighter is focused on the fire in front of them, a spot fire may go undetected and create a dangerous situation with fire established both in front of and behind firefighters. 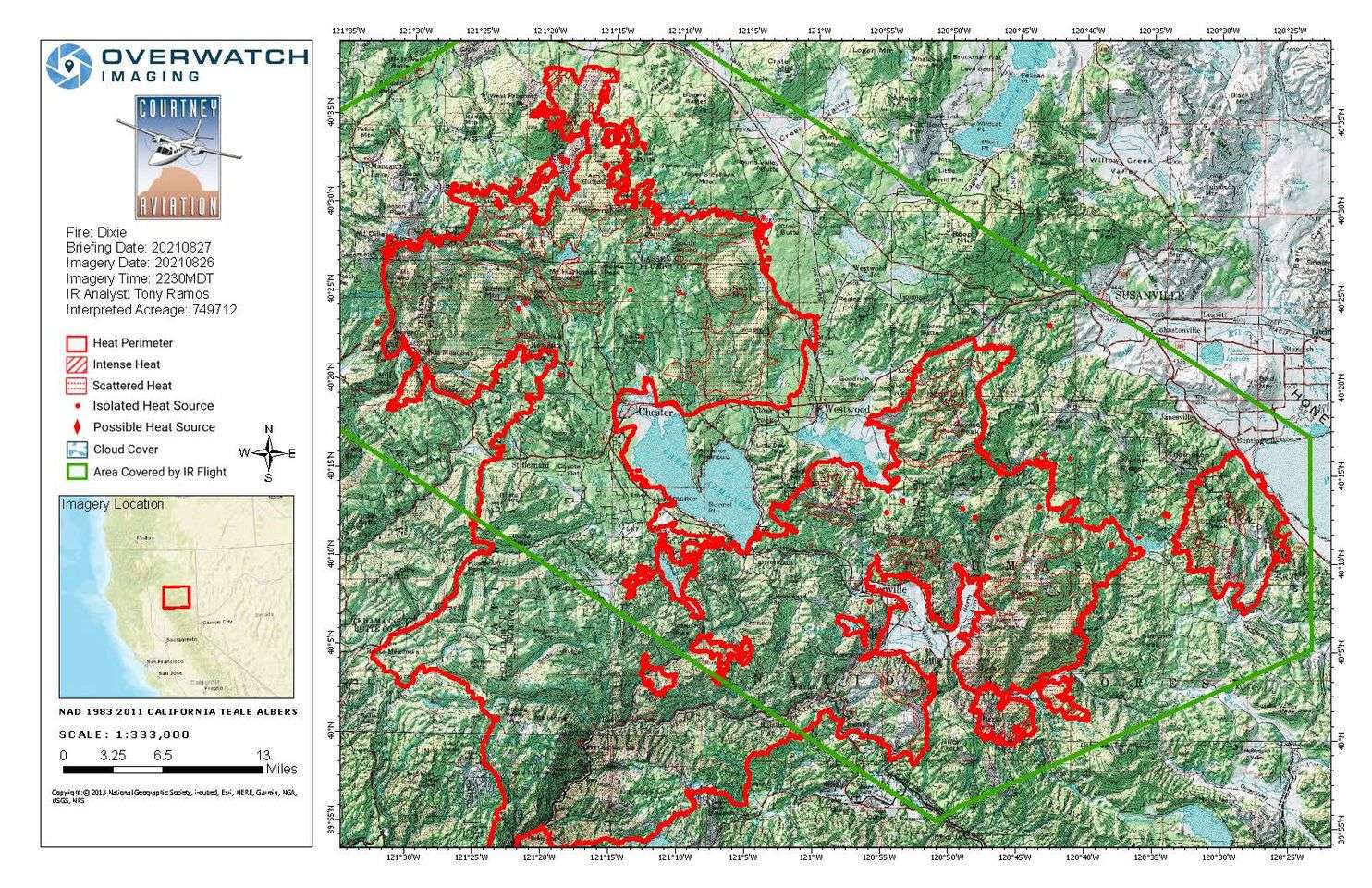