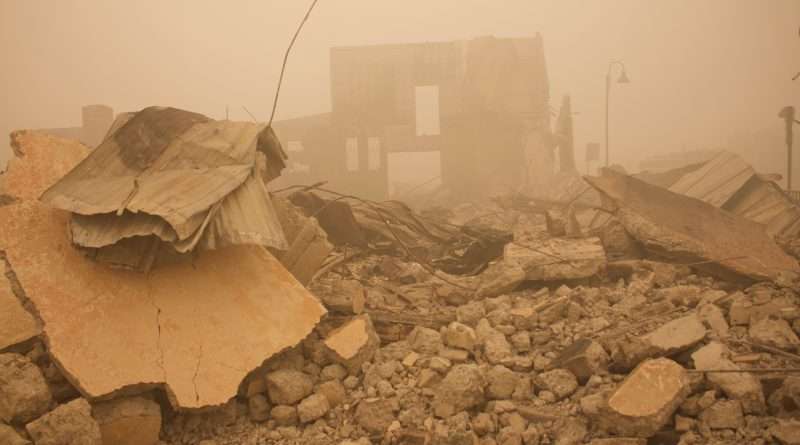 A pile of rubble where the hotel and and antique store used to stand non Greenville. Photo by Spanish Peak Productions
News
August 9, 2021August 11, 2021 Editor

When the Dixie Fire broke out near the bottom of the Feather River Canyon in Butte County on July 13, there was concern — certainly among residents of Magalia and Paradise and the canyon, as the trauma of the Camp Fire triggers an immediate reaction. Plumas County residents watched anxiously. But who could have predicted that residents in Tehama and Lassen County would also be impacted.

As the fire continues its push — there are evacuations in both of those counties and now there is a new fire camp being established in Susanville where there are already two evacuation centers. The fire is burning in the Sheep Fire Burn scar, which forced evacuations last year. That fire broke out Aug. 17, 2020, after a lightning strike and reached 29,750 acres before it was declared 100 percent contained.

As of this morning, the Dixie Fire is reported to be 489,287 acres and remains 21 percent contained.

Fire behavior remained active overnight with areas of clear sky, calm winds, and moderate recovery of relative humidity. The fire will have heavy smoke this morning with some thinning this afternoon. Southwest winds will be up to 17 mph with a 5 percent cloud cover. Crews will continue to fight fire aggressively, construct direct, and indirect line to secure the fire perimeter. All resources are committed to structure defense in affected communities.

More information on the West Zone will be posted as it becomes available later this morning.

Operations Section Chief Jake Cagle presented the morning update. He reports that crews are still working on Silver Lake, and good progress is being made. The southern perimeter still looks really good into Crescent Mills. “We continue to mop up firing operation there,” he said. Going up all the way to Indian Valley, Pecks Valley, it looks good. Structure preparation is in place in Moonlight Valley. China Gulch and Lone Rock were still burning actively overnight and the same is expected today. There is a contingency group at Antelope Lake and in Janesville in the event the fire advances.

A lot of questions about Diamond Mountain; fire is not into that area, but fire prep is happening there. Looking at what can be done just south of Hamilton Mountain and how it can be tied into the current hand line. New team from CalFire 3 came in so there will be a lot of both resources in the area. We are in here working collaboratively together,” he said.

From Mountain Meadow Reservoir over to Old Hauns Road started to get active toward Dyer Mountain.

From Old Hauns Road to Canyon Dam, everything remains in the footprint.

All of 147/East Shore have been prepped.

Fire behavior overnight was moderate due to a smoke inversion although unlike previous inversions, smoke is expected to quickly move out of the area. Fire behavior is expected to increase with clear air and a warming trend that is forecasted to peak mid-week. Backing fire continued to move towards containment lines near China Gulch overnight. Fire behavior continues to be moderated in the existing fire scars so firefighters have focused on constructing and reinforcing containment lines bridging the Sheep and Walker fire scars.

The next community wide briefing is scheduled for tonight at 7 p.m. via Zoom or Facebook. These briefings are being held every other day. 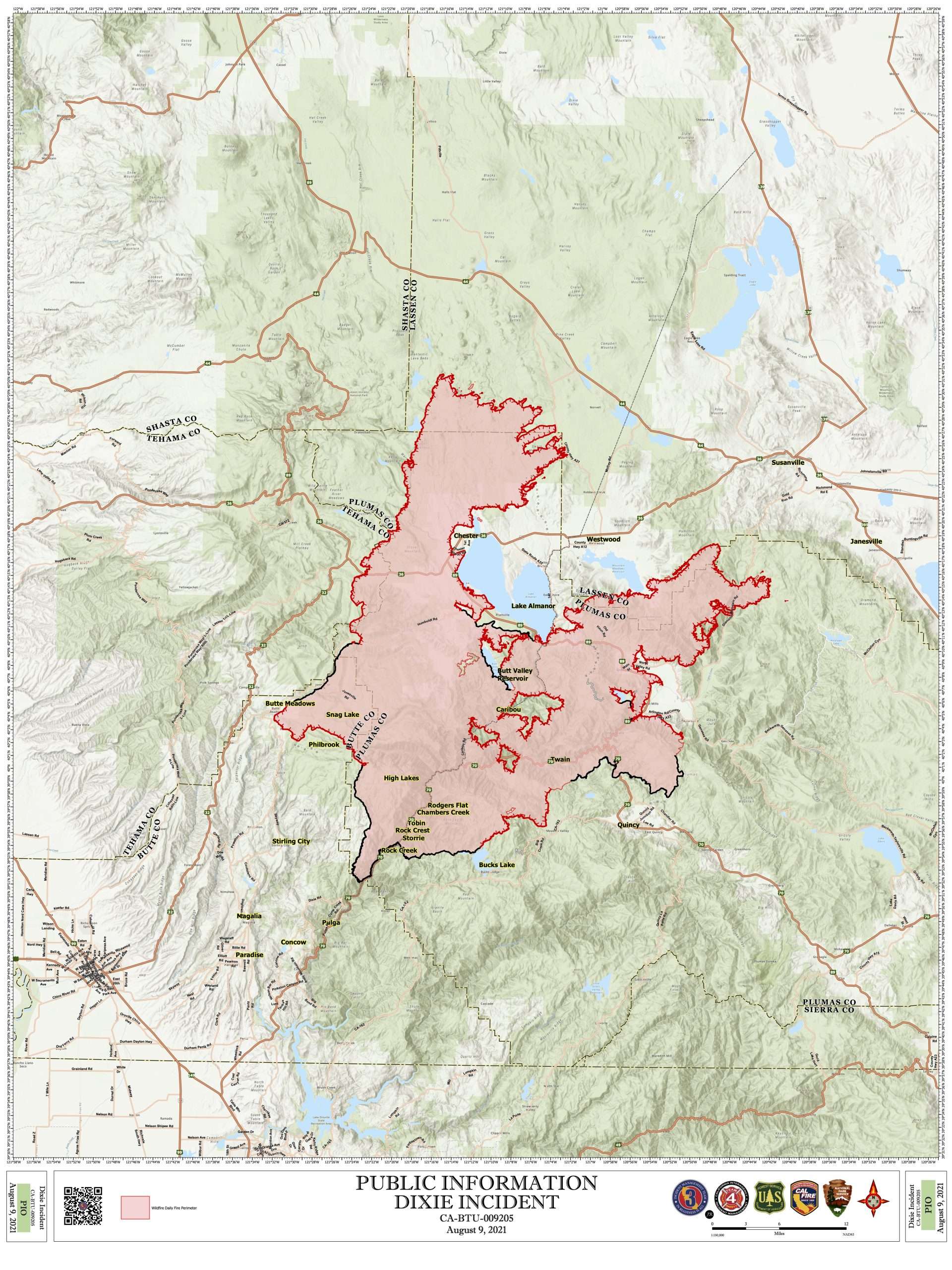