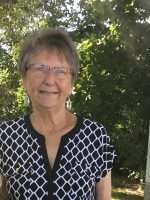 Barbara Ann Pascoe passed from this life on Friday, September 24th in Snohomish, WA.  She was 78 years old.

Barbara was born October 13th, 1942 in Lincoln, California, to Giles and Janis Chittenden.  Her parents and grandparents were also raised in the area.  Her family later moved to a ranch in Auburn where her life-long love of ranching and horseback riding began.  She married her favorite cowboy in 1992, when she tied the knot with Kent Pascoe, enjoying 23 years together until his passing in 2015.

Kent and Barbara enjoyed travelling together and made trips to Alaska, Canada, Europe, the Caribbean, Mexico, the Panama Canal, and many National Parks around the US.  Together they attended rodeos and bull sales, but Barbara also enjoyed traveling with her girlfriends, hitting Quilt Shops all over the country.  They made many trips every year to see out of state grandkids.  The rest of their spare time was spend ranching and raising cattle in Penn Valley, their ranch in Sierra Valley and the ranch they owned with Buck and Janet Johnson in Denio, Nevada.  After Kent passed, Barbara continued to travel as long as her health allowed, visiting Hawaii and more new countries in Europe with daughter Janet.

Active in 4-H from a young age, Barbara and her brother learned to show cattle from their father and she took home many blue ribbons showing beef and horses.  After graduating from Sierra College, she raised 3 kids in Sattley and continued her 4-H life as a parent, grandparent, leader, and Treasure Mountain Club Advisor.  From Kevin’s first Fair in Quincy, CA to her last one in Winnemucca, NV, Barbara spent every August or September watching 4-H’ers show their animals for 48 years.  Many of those years she spent camping at the fairgrounds for the week with her children and grandchildren, wonderful memories for all of them!

Barbara was a PTA member, school volunteer, school secretary, member of Beta Sigma Phi sorority, member/officer of Plumas Sierra CowBelles, and she was Secretary/Treasurer of the Plumas Sierra Cattlemen’s Association for almost 30 years!   Although a different fellow was President each year, they all swore that Barbara really ran the show…

Barbara was deeply loved by family, and friends.   She was known to be quick to laughter and always enjoyed a good joke.   Barbara loved to play cards—pinochle with the family and Bridge with her many girlfriends.  She will be missed deeply by her family and the many people whose lives she touched.

The family will be holding a Celebration of Life Memorial to be held at the Grange Hall in Vinton, on November 6th at 11:00, where we will share one last BBQ with family and friends in her memory.

The family requests that any memorial contributions be made in her name to any 4-H club in Plumas-Sierra County in California or Humboldt County in Nevada.