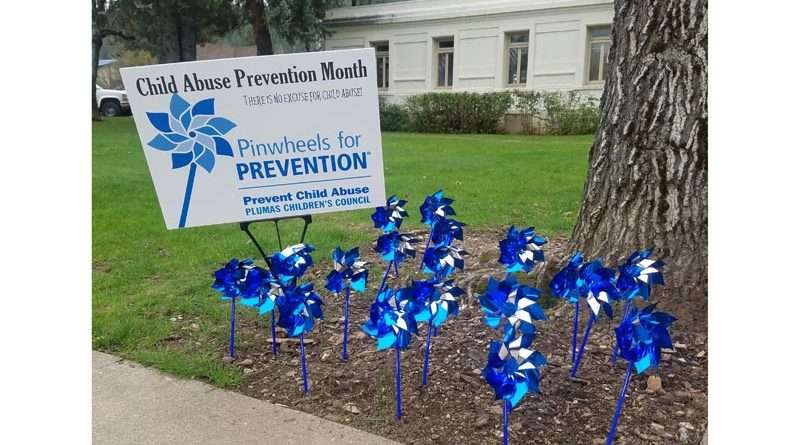 The Plumas County Board of Supervisors recognized April as child abuse awareness month, and discussed mental health funding and filling open positions at its regular board meeting April 10.

“Child abuse and neglect are serious social problems that affect many families in Plumas County,” the resolution stated. “All adults and caregivers have a responsibility … to help create healthy, safe and nurturing environments for all children and youth.”

Martin requested that community members wear blue in recognition of child abuse.  She also said areas throughout the county would be decked in blue pinwheels and there would be a flag raising Friday, April 27, at the county courthouse in Quincy in an effort to raise awareness.

The board approved the new annual update plan for the distribution of Mental Health Services Act funds, despite reservations that none of the money goes toward the criminal justice system.

The annual update provides a report to the board on the use of the MHSA funds in the last fiscal year. The update included a report on the newly opened wellness centers, reorganization of the behavioral health department and updates to behavioral health programs.

However, the plan didn’t look that positive to everyone at the meeting.

“The criminal justice system is not allocated a penny of MHSA funds,” said Hollister. “The courts have become the dumping grounds … for those that are seriously mentally ill … We are willing, able, and desirous of having a good relationship with Behavioral Health to get those services to that population.”

With an influx of department heads leaving and retiring, the county departments are lacking in permanent employees in leadership positions. One of those positions is the county administrator. The board is currently considering the job description for this position.

However, the most recent loss is the retirement of Social Service Director Elliot Smart. The board accepted his letter of resignation at the meeting.

The board began discussion about when to commence interviews for three of the positions, Behavioral Health Director, Director of Facility Services and Director of Public Health.

District 3 Supervisor Sherrie Thrall suggested they wait to interview for the positions until after they have learned more about a potential human services consolidation plan.

However, District 5 Supervisor Jeff Engel was vocal about filling the positions as soon as possible, and so the board scheduled their interviews for the beginning of May.