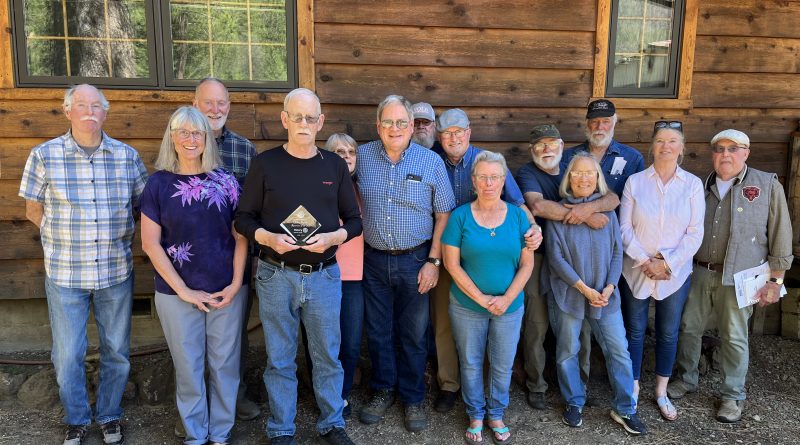 Greenville’s Rotary Club celebrates their president John Banks (fourth from the left in black shirt) achievement of earning the state’s Rotarian of the Year Award. The chapter also received the Golden Membership Award. Photo submitted
News
May 5, 2022May 13, 2022 Editor

At the Rotary’s District Conference held at Harrah’s Lake Tahoe on Saturday, April 30, Banks received the award for his work after the Dixie Fire which included securing funds to help out fire survivors and gift cards for the area’s displaced fire survivors.

“What a great honor it was to be recognized,” said Banks.

The local club also received the Golden Membership Award for almost doubling its membership over the past year.

The Indian Valley Rotarians meet every other Wednesday. The next meeting takes place on May 18 where the membership will hear from Trina Cunningham on issues post Dixie Fire for Maidu.