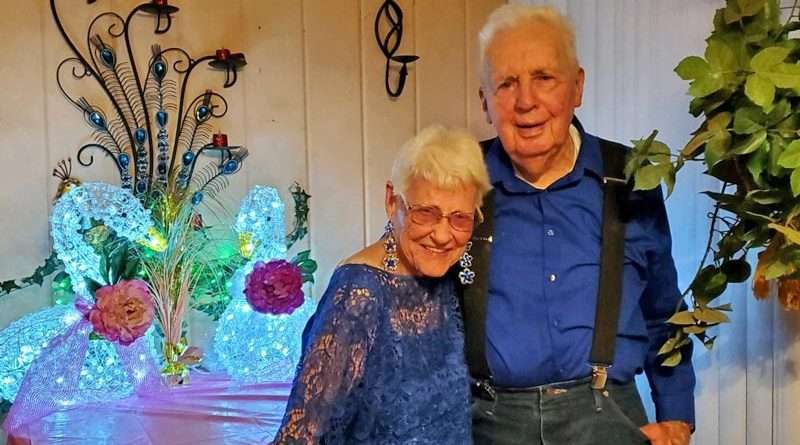 Some people think 70 years is a long time, but for Wayne and Shirley Benedict it seem like they just got married yesterday.

They celebrated their 70th wedding anniversary at their home in Quincy on Sept. 4, surrounded by family and friends.

Wayne and Shirley met in high school in Portola and dated for a while before Wayne left school to join the Navy. They corresponded while he was gone and married when he returned.

Shirley is a gifted crafter with yarns and flowers, while Wayne is just as gifted with his wood and metal projects. Whenever you drive past their home on Bresciani Circle, you can see his windmills as well as a replica of the famous Coronado Hotel.