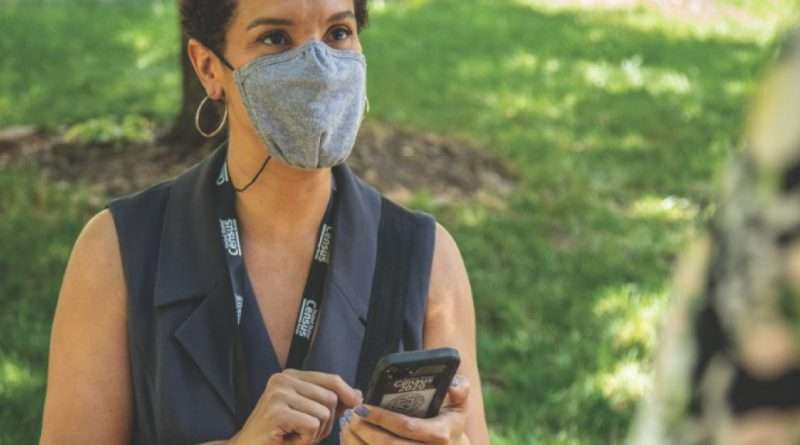 Plumas and Sierra counties have two of the lowest self-response rates in the state at 36 and 39 percent respectively, compared to 64 percent statewide. It's not too late to respond online, but if the Census Bureau doesn't hear from you, someone will arrive at your doorstep in person beginning Aug. 10.
News
August 7, 2020August 9, 2020 Courtesy U.S. Census Bureau

Every 10 years, the Census Bureau counts everyone who lives in the United States and five of its territories. However, reaching people who live in rural and remote areas in Northeastern California is a challenge for the U.S. Census Bureau.

“Plumas and Sierra counties have two of the lowest self-response rates in the state at 36 and 39 percent respectively, compared to 64 percent statewide,” said Marna Davis, northern California spokesperson for the U.S. Census Bureau. “It is not too late to respond to the 2020 Census, online, by phone or by mail. Please respond now so that a census taker does not have to come to your home.”

Census Bureau employees take extraordinary measures to reach homes that can be difficult to access in rural and remote areas, whether they are located at the top of a mountain or at the end of a mile-long gravel driveway. In the final week before census takers begin knocking on doors in Northern California to count people that have not yet responded on their own, the agency is continuing to conduct a massive advertising, media, and partnership campaign to encourage response.

Often, rural households do not have typical mailing addresses but use post office boxes in nearby towns. The Census Bureau typically does not mail to P.O. boxes. However, in light of COVID-19’s overall impact on the communications landscape, the Census Bureau sent postcards between June 24 and July 3 to an estimated 1.3 million post office boxes in communities where P.O. boxes are the only mailing address available. The postcards alerted households that a census taker may drop off invitations and a questionnaire, or that they would visit later in the summer to count people in person. The postcards also provide information on how to respond to the 2020 Census online or by phone.

Many people living on Indian reservations have only P.O. boxes or no specific address. That’s why many tribes ask the Census Bureau to send census takers in person to help American Indians respond to the census.

The 2020 Census marks the first time everyone has been invited to respond online. While millions of people around the country are responding to the census, the lack of internet connectivity poses challenges for much of rural America.

Only 65 percent of counties where 100 percent of the population is in a rural area have a subscription to broadband internet, according to Census Bureau statistics. Areas less likely to respond online, approximately 21.8 percent of households, received a paper questionnaire when they received their initial invitation to respond to the 2020 Census.

“When people aren’t counted, communities lose out on federal funding for critical public services like schools and education programs, hospitals and health insurance, transportation funding for public transportation and roads and bridges, and emergency response,” Davis said. “These services are critical in Northern California and their importance even heightened because of the pandemic. Please respond to the census now so that your community gets the funding it needs for the next decade.”

There are several programs specifically geared toward rural growth, according to the Census Bureau working paper, “Uses of Census Bureau Data in Federal Funds.” There are also many general programs that focus on rural communities, like Rural Education and the Department of Justice’s Rural Domestic Violence Assistance programs.

Responses to the 2020 Census are confidential and never shared with any other government agencies, law enforcement or immigration agencies. Your answers are safe and protected, encrypted and only used to produce statistics.

It’s not too late to respond to the census online at 2020census.gov, by phone, or by mail. When people respond on their own, it’s less likely that a census taker will need to visit to help ensure they are counted.