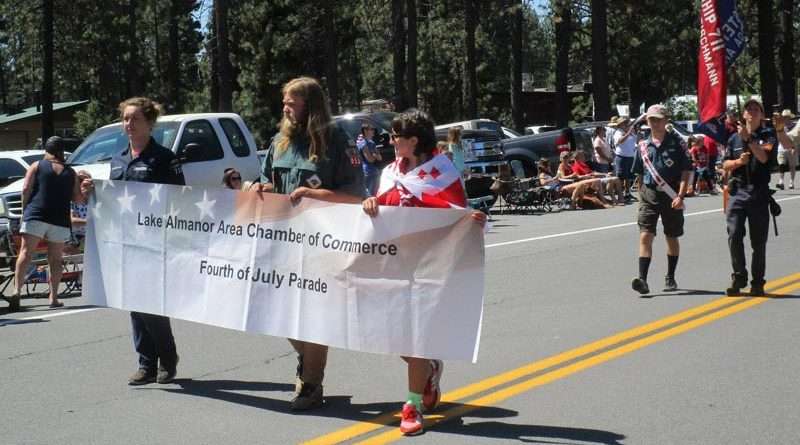 A contingency of Scouts from Ship 711 serving as staff at nearby Camp Fleischmann, announce the beginning of the 2019 Chester Fourth of July Parade sponsored by the Lake Almanor Area Chamber of Commerce to thousands lining the Main Street of Chester. No official number was given, but several community groups estimated 20,000 to 25,000 people viewed the parade. Photos by Gregg Scott