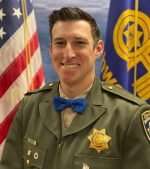 Commissioner Amanda Ray issued the following statement: “I am profoundly saddened upon receiving word this morning of the death of Officer Ornelas. For the last nine days, Andy has valiantly fought to stay alive, but despite his efforts, the tireless work of medical staff, and the continual support of family, friends, and the Antelope Valley squad, Andy succumbed to his injuries early this morning.

“On behalf of the entire CHP family, my thoughts are with Andy’s loved ones, the members of the Antelope Valley squad, and all who knew him as we all grieve his death and mourn the promising future this young officer had before him. We will never forget his service and the ultimate sacrifice he made on behalf of all Californians.”

On Nov. 23, at approximately 7:05 p.m., Officer Ornelas was on patrol, riding his departmental motorcycle in Palmdale when he was involved in a traffic crash. He was responding to help parties who were involved in a traffic collision. While on his way to the scene another motorist did not see his motorcycle approaching him from behind, when the driver pulled from the right shoulder to make a U-turn directly into the officer’s path. His motorcycle struck the other vehicle causing him to be thrown from the motorcycle.

Officer Ornelas sustained multiple injuries and was transported to Antelope Valley Hospital, where he had been receiving around-the-clock care.

Officer Ornelas was a four-year veteran of the Department. He had been assigned to the Antelope Valley Area since December 2019. He followed in the footsteps of his mother, Kellie, who is a retired CHP officer from the same Antelope Valley Area office, and his father, Arturo, a motorcycle officer with the Los Angeles Police Department. He is survived by his wife, Taylor, a brother, Cody, who is a CHP officer assigned to the Central Los Angeles Area office, sister, Nikki, and an uncle, retired CHP Captain Andreas Ornelas.

Officer Ornelas becomes the 232nd officer to die in the line of duty in the 91-year history of the CHP. Funeral services are pending.

A bell ringing ceremony will be held in his honor at 10 a.m. on Thursday, Dec. 3. The brief event will be live-streamed.
The live-stream can be viewed by the media and public on chp.ca.gov or on the CHP Academy Facebook page: facebook.com/chpacademy.