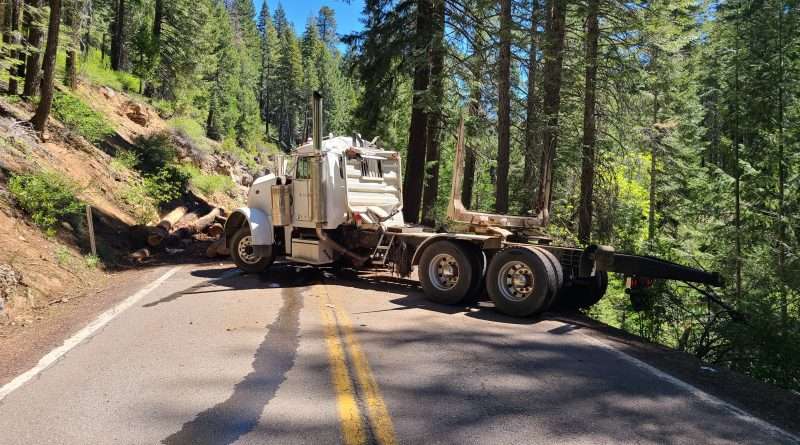 Zachary Bickford of Alturas lost a load of cedar logs on Highway 32 on May 26. According to the CHP report, for unknown reasons, the Peterbilt and logging dolly exited the road to the north and collided with a steep embankment. Photo by Greg Stelzride
CHP Report Law & Order
May 27, 2021 Editor

According to a report by the California Highway Patrol, the truck was fully loaded with cedar logs westbound on State Route 32 , west of Elam Campground at an undetermined speed. For unknown reasons, the Peterbilt and logging dolly exited the road to the north and collided with a steep embankment. The logs were ejected and the truck and logs came to rest blocking both lanes of State Route 32. The logging dolly continued down a steep embankment on the south side of the road.

Bickford was wearing his lap/shoulder harness and he was transported to St. Elizabeth Community Hospital in Red Bluff for his injuries.  The collision is still under investigation and drugs and/or alcohol are not considered a factor. The incident closed the highway temporarily in both directions. Lake Almanor Basin resident Greg Stelzer was caught up in the stopped traffic and snapped a couple of photos. 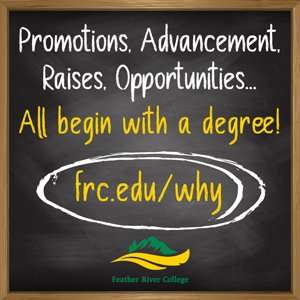