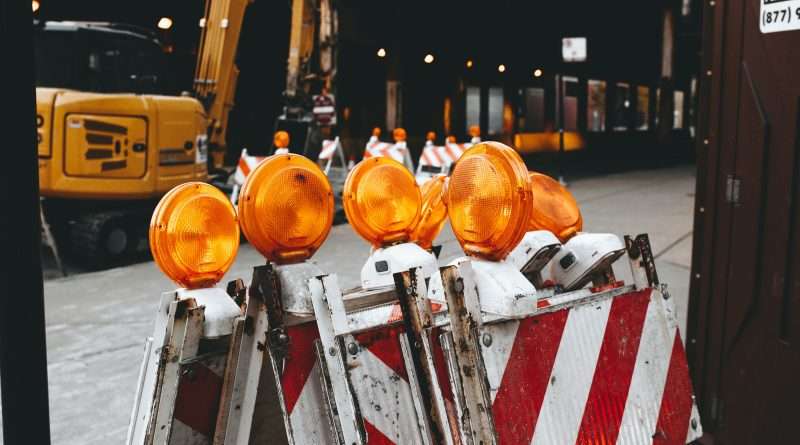 A regular meeting at of the City of Portola City Council was held on the evening of Wednesday, July 14.

Public comment brought a statement from Josh Hart of Feather River Action, who commented that his organization was working with the county to stop the killing of wildlife at taxpayer expense. “Over 4,000 animals have been killed in Plumas and Sierra Counties in the last decade alone,” Hart explained. “Wildlife Services is notorious for cruel methods in unnecessarily killing animals in our county.”

Hart went on to state that other counties are successfully transitioning to non-lethal programs, and that Feather River Action would like to introduce that in Plumas County.

“We need our wildlife, the tourists come to our county to see the wildlife,” Hart said.

During council members reports, Councilmember Phil Oels reported that he had spent over 20 hours working on FireWise activities in Portola. Oels also had worked with Tim Rhode trimming trees, with approval from the city, for the new disc golf course near the Riverwalk, after direction from designer John Houck.

Councilmember Tom Cooley reported that he had attended a LAFCo commission meeting, as well as a meeting of the Abandoned Vehicle Abatement Organization (ABA) on the behalf of the city in the county-wide program.

“About 58 vehicles have been abated in the last year in the past year in Portola, including things like RVs,” Cooley said.

Mayor Pro Tem Pat Morton also attended the recent LAFCo meeting and worked a cooling center set up June 28-30 in the city for those in need during the heat wave.

Mayor Bill Powers first spoke of the daily morning operations report from the USFS-PNF earlier that day, and also volunteered at the evacuee center stationed in Portola. In addition, Powers attended a LAFCo meeting.

“The city has been very involved in the Beckwourth Complex over the last nine days,” Powers said. “Total personnel on the fire are at 2,512 with most of them in town, as most residents know. The fire was at 94,764 acres and 71 percent containment this morning.”

He reviewed the current volatility of the forest and fire index, and how there has only been three-hour windows for firefighters to really lay down line from 3 a.m. to daybreak. In the current fire environment.

“If this fire doesn’t get your attention, or the town of Weed, or Red Bluff, or Santa Rosa, or many others- I don’t know what will,” Powers said strongly.

“A lot of torching is going on, where several trees in a group go up at once like a rocket. If you look around at any part of our neighborhoods, you see large, stately trees that we all love and want to keep, so we must reduce the understory, like Councilmember Oels has done the past few years,” Powers went on.

Oels commented that the recommendation from Calfire for clearance is currently at 30-foot crown separation.

“Some suggestions being made in other areas go up to 80-percent reduction, but this will improve the look of Portola in addition to increasing safety,” Powers stressed.

“Pruning your trees to height of 16 feet or so is also recommended,” Oels added. Powers added that the city would be looking towards a woodchipper for the future to enhance FireWise efforts. “75 trees per acre has to be our goal,” Powers said.

“There are comments that we’re not doing enough here at the city, but I will say that we used to have volunteers in abundance. Often, they were people from the railroad, the mill, and the forest service, and they were top grade volunteers. We need to find those again,” Powers said. He went on to state, “You don’t have to wait for us to tell you what to do- you can find stuff to do. Others see you working and suddenly, you’ve got a crew.”

“The same concerns I had before remain,” the letter read in part. “Portola is not exempt from what has happened to places like Paradise and now Doyle… Follow all burn bans, they are in place for a reason, and if you have any questions, I have an open-door policy and invite you to stop by. Thank you to the public for the continued support I have seen towards everyone here to fight this fire.”

City manager Lauren Knox started with notes of funds used for repairs of the Williams House Museum in Portola, and also touched on the Beckwourth Complex fire.

“The fire camp will likely be out of the city this upcoming weekend for a number of reasons,” Knox said.

Knox also reported on several meetings she had attended lately, including meetings with the Northern Sierra Air Quality Management District (NSAQMD) regarding smoke impacts from the ongoing fires.

Knox had also attended a Liberty Utilities meeting for to plan for a resource center in the event of extended Public Safety Power Shutoffs (PSPS) in the city, and Liberty Utilities will be looking at possible locations to provide power to those in need. “They have also done a lot of work removing trees,” she added.

Knox noted that the concerts in the park would be returning that Friday as well and encouraged all to come and enjoy the music.

CFO Susan Scarlett reported briefly, explaining details about the large accounts payable, such as half of the Beckwourth Fire contract at $38,000 and the annual LAFCo contract of $47,000- all bigger ticket items that occur less often.

The council then approved the consent calendar unanimously by roll call vote before moving on to the agenda.

Clint Burkenpas, CalTrans project manager for the Cromberg Rehabilitation Project. He explained that this would be a big project a little over 20 miles long, extending from west of Cromberg and continuing through and past Portola.

Planned project features were explained, including lanes to be widened to a consistent 12 feet throughout the project, and four-foot-wide shoulders that are proposed from the beginning of the project to the junction of routes 70 and 89 where traffic volumes are less. Eight-foot shoulders are proposed for the remainder of the project limits.

“Trees and other fixed objects will be removed to a minimum of 20 feet from the edge of travelled way (ETW), or the white stripe on the road, to meet the current standards,” Burkenpas said.

There are several planned curve improvements both horizontally and vertically through the length of the project, and some corrections will make a difference of up to six feet when completed.

Attention is being paid to improved mobility for cyclists, and pedestrians will benefit from approximately 300 linear feet of new six-foot-wide sidewalk that is planned to be constructed near the Dollar General Store and Willow Street in Portola, as well as 24 curb ramps that will be reconstructed to meet current ADA standards.

Caltrans is seeking input on whether to restripe the existing two lanes in each direction through Portola instead of one lane each direction, with a center double left turn lane and a bike lane in each direction. Existing parking and sidewalks would be unaffected.

Burkenpas also noted that a paved pullout is planned near the C Road intersection as requested by the Plumas Unified School District to allow school buses to safely pickup and drop off students.

Project Engineer Buster Hansen of Caltrans also spoke briefly about other successful projects that had been done in a similar fashion, noting that there was enough room in Portola to have bike lanes in both directions.

Powers and Morton both requested further information about studies from Burkenpas regarding studies done in other small towns with this particular type of road layout.

Cooley asked that all “remember that there needs to be enough room provided for snow storage” as detailed plans are finalized.

As far as timeline, the comment period will close on August 2 of this year and the project itself could start construction as early as the fall of 2022, but it will be a three-year project which is pretty significant, according to Caltrans. The cost is just under $91 million dollars for this project.

Community member Josh Hart thanked Burkenpas for the presentation and commented that Highway 70 was built too wide through town to begin with, and that the upcoming project was an excellent opportunity for the City of Portola to reinvent the Highway 70 corridor to make it more safe and more attractive to visitors and bicyclists. He also suggested that wider sidewalks would also be beneficial to the city and its pedestrians.

Knox spoke of the need for the establishment of an ad-hoc committee to study and give a recommendation for the sheriff’s contract now and moving into the future, and council moved unanimously by roll call vote to do so.

The two members elected to the committee were Pat Morton and Tom Cooley.

“Delta Variant has been found in our county, and 48 percent in Plumas County vaccination rate,” Knox stated.

Knox noted that the council needed to address pandemic related items moving forward such as whether to continue virtual meetings, which is currently ordered through September by Governor Newsom.

Powers said that all had been watching the news, and that the variants have created new variables, adding that “people who are dying are 99.4 percent unvaccinated individuals.”

Powers expressed that until all feel very comfortable, he didn’t want to unnecessarily expose the council, staff and public and was all for “leaving things as they currently are.”

Cooley supported Powers’ position, agreeing about the limited space in the room.

“I think there are times when we might have someone making a presentation in the room planned ahead of time, with a very manageable number- not close it completely, but limit attendance in-person to those specifically attached to an agenda item,” Cooley said.

“We could also add that whatever protocols are in place at the time would be required of any guests.”

Knox noted that many are continuing with that type of model, and each situation was unique to the set of circumstances presented.

Oels said that he agreed things should remain the same as they currently are as to Covid-19 guidance at City Hall for the time being. Knox acknowledged the input from council to move forward as directed.

Another piece Knox touched on was overdue utility accounts in the city, and the potential need for future public relief. “There is a state program for renters and landlords for utility assistance as an option for those that need it,” Knox said. Morton asked for a future report of how many accounts were currently overdue or severely overdue in the city.

“The utility shutoff legislation that was made, related to Covid-19, allowed us to either accept payment or create a payment plan with those that need the assistance,” Knox explained. The city will move forward on researching the best steps in moving forward.

All council members briefly discussed the program and how to effectively get involvement from owners and renters.

All were ultimately in favor of renewing the ongoing proclamation of emergency and employee hazard pay for the next 60 days before returning to the topic, and the item was approved by unanimous roll call vote.

The City of Portola council welcomes residents to its meetings which are regularly held the second and fourth Wednesday of each month at 6:00 p.m. Community interest and participation is encouraged and welcome. For more information call 832-6801.