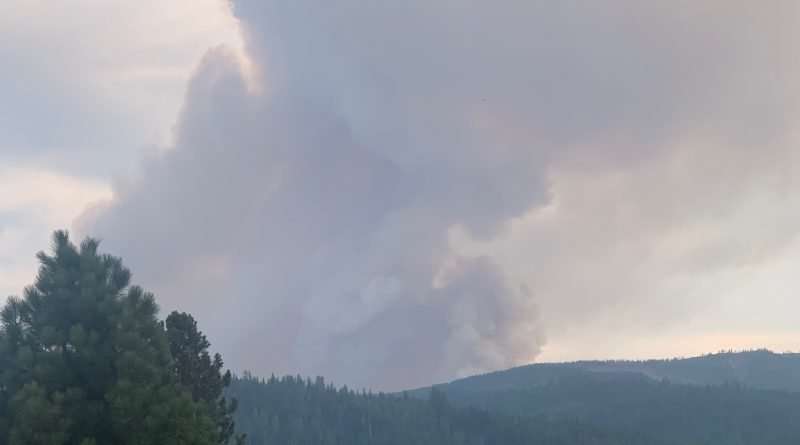 UPDATE: 8 p.m.: During its latest update, the Plumas National Forest is reporting that the Claremont Fire is approximately 100-150 acres and is located to the west of Little Volcano (SE of East Claremont), mid slope in the Middle Fork. It is southeast of the old Minerva Fire (which burned in August 2017). Two airtankers are working the fire in addition to other resources. An InciWeb page is being set up tonight and will include a map. Smoke is extremely visible and will settle into surrounding valleys at night due to cloud cover and inversion. The fire is a result of the lightning storm this morning.

The Claremont Fire was originally reported at 10 to 15 acres this afternoon at 4 p.m. 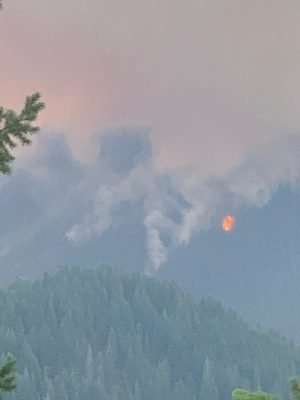 and now it is between 50 and 100 acres, making it the biggest fire in Plumas County following today’s thunderstorms. The smoke is easily visible from many points around the area including Meadow Valley, American Valley, Thompson Valley, etc. Aircraft have been working the fire for the past couple of hours.

It’s an unnerving site for local residents as it is eerily reminiscent of the 2017 Minerva Fire that also burned on the backside of Claremont.