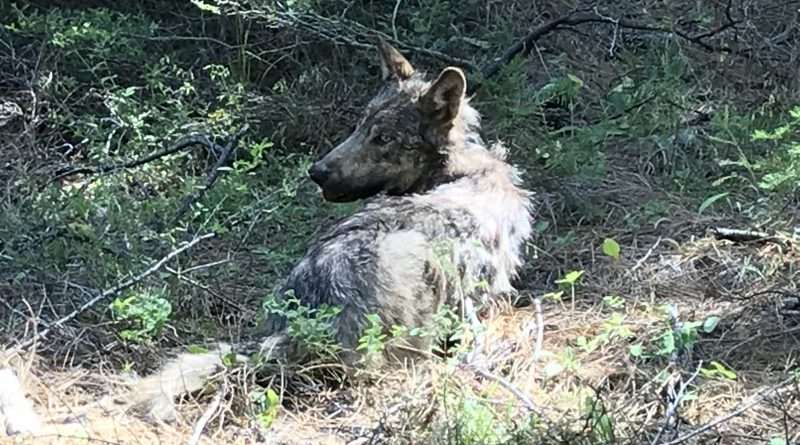 A female member of the Lassen Pack is being fitted with a GPS collar last year. File photo
News
June 4, 2021June 11, 2021 Editor

The California Department of Fish and Wildlife has confirmed a wolf kill on private land in Eastern Plumas County.

According to a report from CDFW, ranch hands discovered an adult cow carcass Tuesday, May 25, that they suspected may have been a wolf kill.

Investigators from CDFW and the USDA Wildlife Services investigated the kill that day, and although it had been scavenged, 80 percent remained for a thorough investigation.

Investigators determined wolf predation as the cause of death based on the attack pattern and the wolf sign present at the site.

According to the report, “wolf tracks were observed near the carcass. Ranch employees also reported seeing three wolves the day before and observed on wolf harassing a cow. Trail cameras set up on carcass confirmed the presence of three wolves returning to the carcass during multiple nights.”