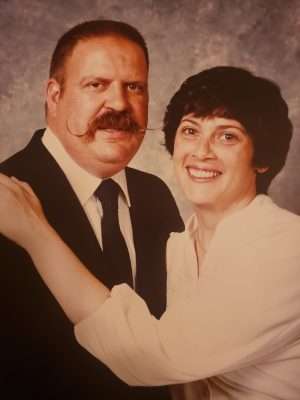 Diana was born on August 18, 1944 to Henry and Eleanor Bertozzi of Santa Rosa, CA.
After graduating High School she went to work as a secretary for a large animal vet where she met the love of her life Donald who worked at a local dairy. On November 28, 1964 they were married and Donald went on to pursue a career as a Mortician.
They moved to Portola, CA in the winter of 1968 and they started Manni Funeral Home and resided there for 26 years. They were also the owners of Southside Grocery in Portola. Diane was an active member in the local community where she knew everyone by their first name and enjoyed seeing locals at the grocery store weekly.
She was an active Girl Scout Leader and loved teaching the local girls to cook and sew. She loved having the neighborhood friends of her children around for dinner and sleepovers and making sure they had enough food and treats.  Nobody went hungry and everyone was welcome.
She looked forward to planting flowers with her children in the Spring, being with her pets, watching her beloved Raiders play football, taking her son and his friends to live WWE wrestling and could play a mean game of Super Mario on her Playstation!
We will forever miss her beautiful smile and laugh. She always put others before herself and no matter how hard life became for her in the end she fought her hardest.
She is survived by her husband Donald of Sparks, NV, daughter Julia Billows (husband Kevin) of Spring Creek, NV, son Anthony Manni (wife Sue) of Reno, NV and Grandchildren Taylor Billows and Cameron Billows, Great-Granddaughter Maxwell Barry.
In lieu of flowers please make a donation to The Nevada Humane Society 2825 Longley Ln. Reno, NV 89502