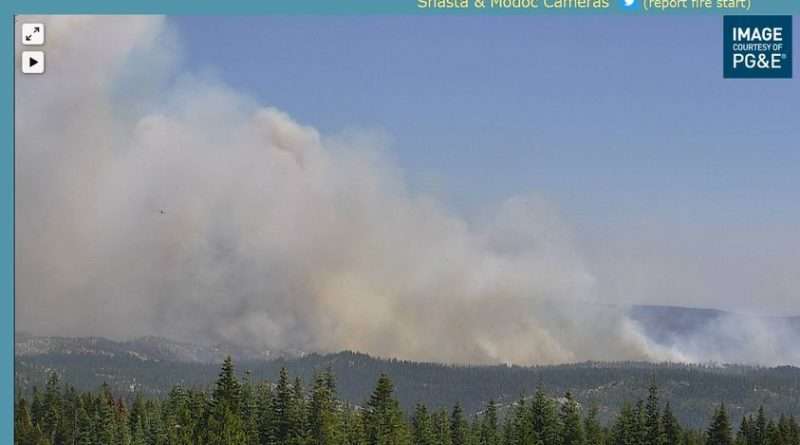 A common sight every afternoon as the Dixie Fire spews smoke into the air that is visible from vantage points throughout Plumas County.
News
July 15, 2021July 16, 2021 Editor

The Dixie Fire burning in the Feather River Canyon is now pegged at 4,900 acres and 7 percent contained.

CalFire released the latest information this evening. Winds have pushed the fire further north toward Tobin Bridge. This area is primarily used for recreation and camping. Steep and inaccessible terrain make containment difficult for firefighters, but some progress was made today.

Resources on the fire include 46 engines, 9 water tenders, 8 helicopters, 16 hand crews, 17 dozers and numerous air tankers from throughout the state. The Plumas National Forest reported earlier today that it sent three crews to the fire.

Cal Fire is reporting that one first responder has been injured.

The latest evacuation orders are contained in the Plumas County Sheriff’s directive below. Those who need shelter may call 530-283-6300 and arrangements will be made. Because it is believe a small number will be requiring services, they will be handled on a case-by-case basis.

Smoke from the Dixie Fire is visible from throughout Plumas and Butte counties and beyond. The Lake Almanor Basin was blanketed in smoke this afternoon. 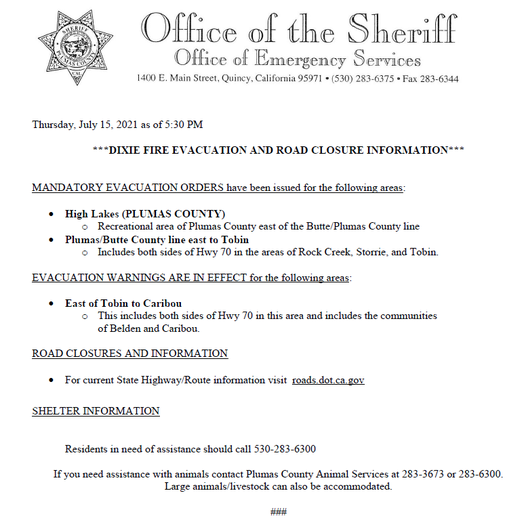