The air quality is hazarous throughout Plumas County; it hit 564 in Portola today. Residents are advised to stay indoors if at all possible. Photo by Josh Hart
News
August 7, 2021 Editor

While the Dixie Fire hasn’t directly impacted the residents of Eastern Plumas County with evacuations or destruction, it is experiencing the same hazardous air quality as the rest of the county.

And while it’s been bad in Portola, hitting an AQI (air quality index) of 564 today, Chester is suffering through an AQI of 834. Both exceed  AQI ‘s maximum of 500. Anything over 300 is considered hazardous.

Plumas County residents should remain inside if at all possible.

The Environmental Protection Agency tells people to think of AQI as a yardstick that runs from 0 to 500. The higher the AQI value, the greater the level of air pollution and the greater the health concern. For example, an AQI value of 50 represents good air quality with little or no potential to a affect public health, while an AQI value over 300 represents air quality so hazardous that everyone may experience serious effects.

An AQI value of 100 generally corresponds to the national air quality standard for the pollutant, which is the level EPA has set to protect public health. AQI values at or below 100 are generally thought of as satisfactory.

In many U.S. communities, AQI values are usually below 100, with higher values occurring just a few times a year. Larger cities typically have more air pollution than smaller cities, so their AQI values may exceed 100 more often. AQI values higher than 200 are infrequent, and AQI values above 300 are extremely rare—they generally occur only during events such as forest res. You can compare the air quality of U.S. cities and nd out about quality trends in your area by visiting “Air Compare” at www.epa.gov/aircompare/. 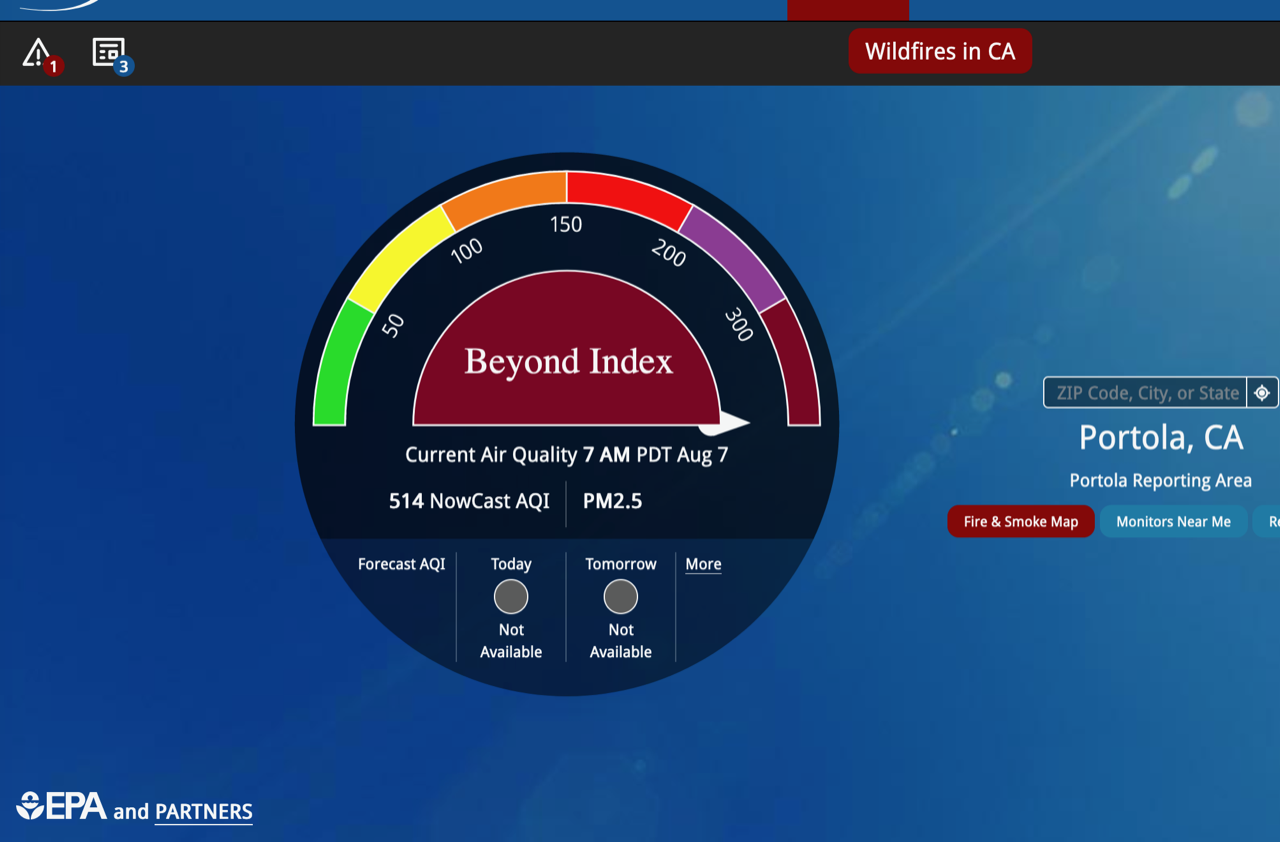