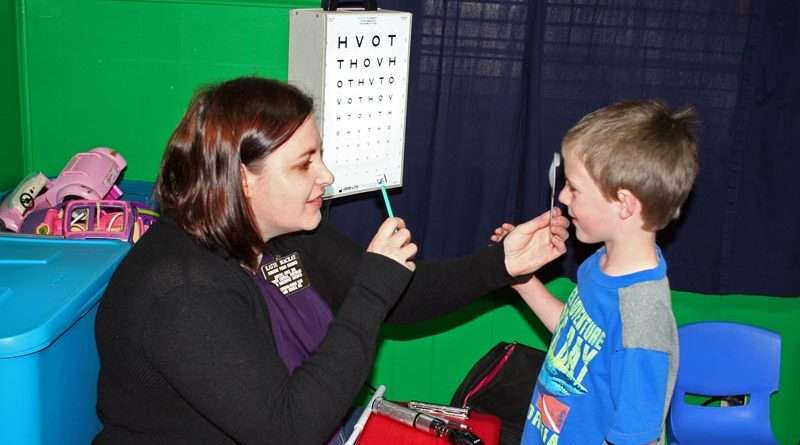 The free two-day event was expected to test up to 37 preschool children ages 3 1/2 to 7 years of age in a safe and familiar environment.

Elks’ chair Bill Mahaffey was on hand at Never Neverland Preschool to assist Katie MacKay, certified pediatric vision screener for the north central, northeast and northwest districts of California as part of the California-Hawaii Elks Major Project, headquartered in Fresno.

In coordination with the Elks’ program, the organization serves children of preschool age in order to reveal developing abnormalities in eyesight or other disabilities.

A number of Elks Clubs throughout California and Hawaii put money into a fund to help children develop healthily, as well as to try to find treatments for childhood diseases, explained Mahaffey, adding that it was his understanding that up to 4 percent of young children have eye problems.

Mackay said it’s very important to have a child’s vision screened every year, “especially between the ages from babyhood to 8-years-of-age.”

She noted that children’s eyes change as they grow, so they could be fine one year but by the next year, they may need glasses.

Poor eyesight in those early years could cause a child to get behind in his or her studies, like learning to read well, she said.

Although the California-Hawaii Elks Major Project eye screening is performed just once a year in the Basin Area, parents can make an appointment with an optometrist or a pediatrician’s office during other times of the year, should they suspect their child is showing problem signs regarding reading ability or visual clarity.